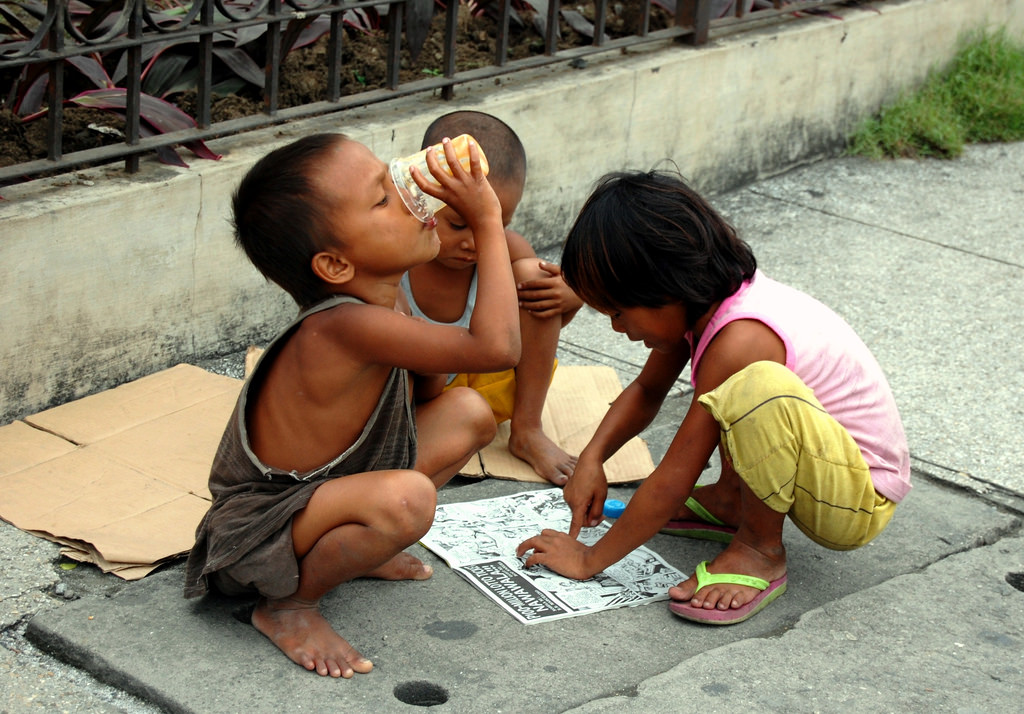 While some of us are having hearty full course-meal today, there are hundreds of millions of hungry people throughout the world who lack or have no food at all on their tables. And oh Yes, there are a multitude of them.

-That 82% of the wealth is now owned by the richest 1% of the global population;
-That the world’s billionaires have more wealth than the 4.6 billion people.
-That in the US, the wealthiest 1% captured 95% of post-financial crisis growth since 2009, while the bottom 90 % became poorer.

In Metro Manila’s urban poor communities particularly during this time of Covid-19 pandemic, it is visible and a common knowledge that some of the poorest of the poor skip meals because they could not afford to buy the food they need. Some poor families who have previously and are still resorting to checking trash bins searching for food for the so-called “pagpag” or “left-overs” from restaurants and fast food diners would not be lucky enough these days to get it as most of these establishments have not been operating at full capacity during these challenging times.

Come to think of it, if the entire 1% mega wealthy people in the world would have the heart and the sincerity to share their wealth for the poor in any form, be it monetary or non-monetary, it would not be impossible to eradicate hunger or achieve a zero hunger. If that happens, no more people would have grumbling noises in their stomachs, no more poor kids would be dying from hunger, no more poor families would be begging for food on streets and there would be no poor people searching for food in trash bins. However for some rich people, to donate a portion of their “bucks” is no easy task for reasons that are beyond comprehension (e.g. that they have worked hard for it, among others. much more for the middle class who believes they can’t afford to give. If only everyone has the empathy for the poor and the disadvantaged, the world could be safer, kinder, happier, thus making it a much better place to live in.

One of UN’s Sustainable Development Goals is to achieve Zero Hunger in 2030, 10 years from now. Well, Good Luck to them as eradicating hunger and malnutrition pose as one of the great challenges of our time. However, it is more prudent that if we would like to live in a world with no hungry people around us, everyone including Governments, private sector and other organizations should work hand in hand to invest, innovate and create lasting solutions to this problem.

The Miracle of the loaves and fishes may not only involve the feeding of people with physical hunger but also those with needs of spiritual nourishment. This is also one of our obligations to help those who crave for love and concern and ultimately for God’s mercy and love. The said miracle merely reiterates God’s greatest commandment, i.e., for us to love our neighbors especially those in need.