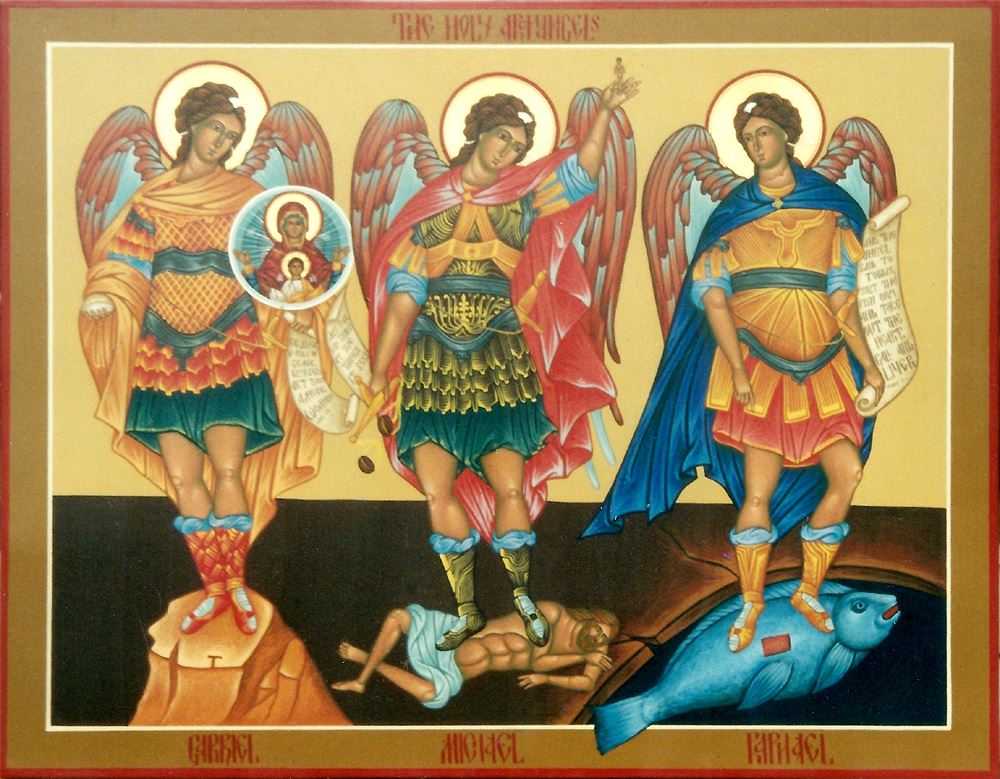 Michael, Raphael and Gabriel: The 3 Principal Archangels In Heaven

Today is the feast day of our beloved Archangels: Saints Michael, Raphael and Gabriel. These 3 Archangels are not exactly Saints, well not in the strictest sense of the word. They’re classified as Angels created by God to be with Him in Heaven as His helpers and messengers. On the other hand, Saints normally refer to ordinary people who have done extraordinary service to the Church and mankind, and who have led and practiced holiness while on earth. They are beatified and canonized as Saints by the Church after a rigorous process. Nevertheless, we addressed the 3 Archangels as Saints to pay respect and honor because of their leadership role in our faith and religious life.

Angels, particularly Saints Michael, Raphael and Gabriel played a vital role in the history of salvation. They stand before the throne of God and are mentioned by name in the Holy Scriptures. St. Gabriel for instance was sent down by God to deliver His message that the Blessed Virgin Mary was to become the Mother of God. On the other hand, St. Raphael is the angel that is associated with God’s Healing powers while St. Michael acts as the defender of the Church, protects them from Satan, and assists people at the hour of death.

Of the 3 Archangels, I am closest to St. Michael the Archangel. It has been a habit of mine to always pray to him – the prayer to St. Michael the Archangel – to defend me and my loved ones in the day of battle and to safeguard us from the wickedness and snares of the devil. Sounds familiar, right? Who among you believes/prays this? This is one of the powerful prayers which has been tested and proven by many. If we invoke the Archangels and seek for their intercession, they’ll always be there to help, protect and rescue us from all dangers.

The Catechism of the Catholic Church states that, “[T]he existence of the spiritual, non-corporeal beings that Sacred Scripture usually calls “angels” is a truth of faith. The witness of Scripture is as clear as the unanimity of Tradition.” It only shows that Angels are real – they’re not just make believe or in internet parlance, they aren’t trolls! Angels are pure, created spirits. They are celestial heavenly creatures with intellect and will, and are immortal.

If we have not had a friendly relationship with the Angels yet, specifically with the 3 Archangels, today is another chance given to us to start getting to know them and be more closer to them. Remember, they are God’s messengers and who knows, we might be able to course through them our intentions and prayer requests to God.

Sts. Michael, Raphael and Gabriel, the Archangels, pray for us. Amen.