Two months ago, myusefultips.com posted an article about the feast day of San Lorenzo Ruiz at St. Patrick's Cathedral wherein a large choir, composed of representatives of various choir groups in NYC, performed during the said event. Some of these choir members will have the chance to do it again on the 3rd of December to kick-off the “Dawn Masses” or “Simbang Gabi” which is a tradition in some parts of the globe and which is also timely as it is the 1st of the series of the 4 Sundays of Advent. As mentioned in the previous blogs, choir music in any liturgical celebration makes it more lively and uplifting.

One of the preparations being administered for the said big event is the rehearsal schedule for the choir which sometimes can be quite not easy in terms of people mobilization/availability and time constraints. Last week, a joint rehearsal for all the invited choir groups was held for the first time so as to, among others,  get some feedback on the choir's performance as a group. The said choir, including the instrumentalists, is composed of different choir groups from NYC and New Jersey and the numbers could reach nearly a hundred.

One perfect strategy  to make the rehearsal fun and exciting is to introduce some “twists” in between the rehearsals. This was true as is the case during the rehearsal last week, wherein the event organizers requested the  participating choir groups to present their versions of some of the songs , included in the repertoire via a singing competition with some cash prizes at stake. 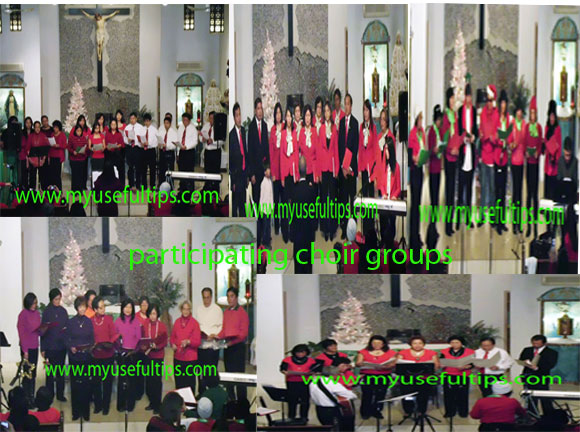 One of the objectives of the  said rehearsal was not purely to warm-up or to produce “oil” on the choir members vocal chords, so to speak, but also to boost their confidence in singing. Most of the times, choir members are on volunteer basis and are not music professionals who are attuned to the intricacies of music. As such, there is a need for bouts and practices to sharpen their skills. 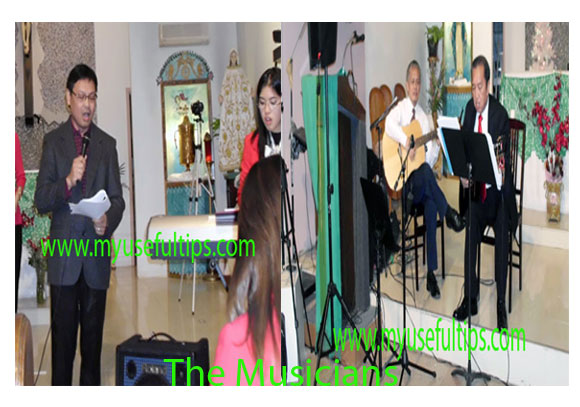 Here, take a look at the participating choirs (Ocean of Mercy Choir, Ambassadors of Christ Choir, Jesus Through Mary Choir of NY, Jesus Through Mary Choir of Staten Island, St. John the Baptist Choir, Divine Mercy Prayer Group, and other choir groups) and some guests who were invited to perform in the said event.  The choir groups were asked to render two  uniform songs, namely  "Angels We Have Heard On High" and "Silent Night" while the third song was any of the group's favorite Christmas song.

(Please take note photos are not for public consumption.  If you wish to get hold of it, feel free to contact the admin of www. myusefultips.com.  Thanks!)

This choir group  from New Jersey (see below) was lucky to be picked as the winner, with the 1st prize handed to them on the same day, a check amounting to $400.00.  Not bad for a rehearsal!

The 3-lady judges (of which this author was a part of)  assigned for this event did their part in making the contest fair and credible, taking into account the criteria (e.g. correct pitch, blending, expression, costume, audience participation, etc.) set for the said competition.

The said rehearsal turned out to be an opportunity to bond with other choir groups and as a music lover myself, it was great to see all of them offering back their talents to God and enjoying the rare precious moments ! 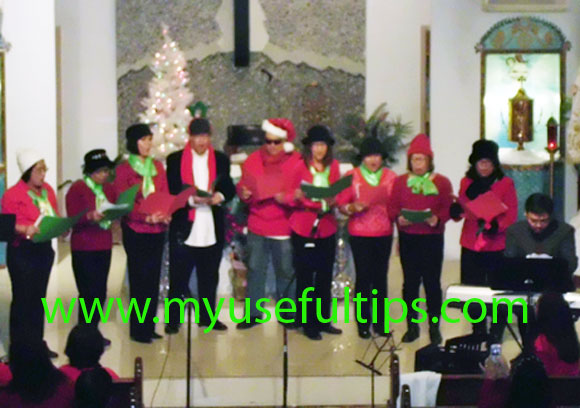