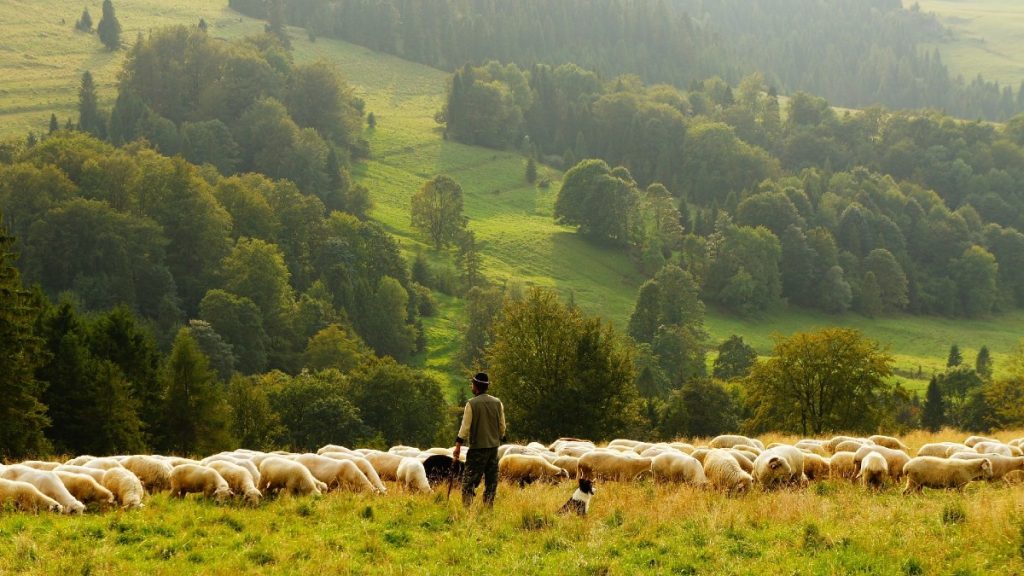 The Need For A Good Shepherd In Our Faith Journey

Jesus was “moved with pity for them, for they were like sheep without a shepherd (troubled and abandoned); and He began to teach them many things”. This is an excerpt taken from the Gospel of the 16th Sunday (July 18th) in Ordinary time describing people as “coming and going in great numbers,” looking for Jesus to listen to His teachings.

Are we even surprised that our Lord Jesus Christ labels His followers (that would be all of us), in this instance as “Sheep without a Shepherd”? Well, that’s the truth about us, because just like the sheep, there are times we follow Jesus’ lead, but oftentimes we don’t. Due to human frailties, so to speak, we ignore God’s teachings. Instead, we do our own thing based on vested interests – our personal whims and desires, thus, losing our purpose of and the joy in living. We end up endangering others/ourselves and suffering due to wrong choices we’ve made. As such, to be good Sheep, we have to listen intently to the Word of God to follow His commands. We know that God’s love for us is unconditional and everlasting. That’s one of the greatest graces that God has given us. We are always given many chances to rise up and get back to the right track or to what God wants us to be.

In the same manner, Jesus’s representatives on Earth primarily the clergy and pastors who are tasked with a vital role to act as Shepherds, in His stead, are being reminded by Pope Francis to strive their best to shepherd their flock in their respective parishes accordingly. Jesus bestows this assignment and privilege to St. Peter when He said: “Peter, feed my sheep (Peter, feed my lambs). We, parishioners, have also to remind ourselves that when the priest carries out his priestly role, through the Sacraments, it is actually the Spirit of God, our Lord Jesus Christ who is the one performing through His Shepherd-priest servants. Thus, the Holy Father puts emphasis on this and is very passionate in encouraging the priests to be compassionate and to love unconditionally just like Jesus, the true Good Shepherd. The Shepherd’s first characteristic per Pope Francis is to be passionate and zealous, while the second is discernment – someone who has the ability to discern “where the dangers are, where the graces are and where the real road is”. According to Pope Francis, a priest cannot be a true shepherd without these two.

Furthermore, the Holy Father reiterated that priests should “be shepherds with the smell of sheep”, that they should be true good shepherds who draw near to the people, particularly the marginalized, those sinners asking for forgiveness, those with wounded hearts, those seeking for healing and even for truth. That’s what shepherding is all about – a difficult and a tiring job – one has to put in the legwork, but at the same time one has to have a big heart to be able to understand the plight of the disadvantaged. It requires Shepherds to be wide awake and vigilant because failure to do so may put their sheep at risk and in danger. Jesus was like that when He was on earth. He loved everyone even those who turned away from Him, from His teachings. Jesus endured with so much patience even those who rebelled against Him. According to St. Matthew, Jesus said, “But I say to you, love your enemies, and pray for those who persecute you, that you may be children of our heavenly Father, for he makes the sun rise on the bad and the good, and causes rain to fall on the just and the unjust”.

What happens if we, the sheep, don’t have a Good Shepherd? Well, just like sheep, most of us may have no sense of direction without God’s presence in our hearts and His Shepherds around us. There will be instances of chaos, of anger and of hatred, and most of all of sin which actually continue to permeate humanity. We are at a loss even during this global pandemic which by far is the greatest challenge in the history of our health care system. Apart from this, the world is currently beset with so many problems, one of which is polarization in all strata of society. And this happens when there is conflict in beliefs, views, opinions and ideologies on certain economic, political, religious or societal issues, creating opposing factions among groups of people. This polarization (division and animosity) is exacerbated by the onslaught of digital and social media where groups of so-called influencers fuel the discourse on issues (abortion, equal rights, racism, etc) and people (e.g. politicians, etc.) they advocate for and support, with their followers ending up throwing at each other spur-of-the-moment uncensored statements, foul-mouthing at each other, pretty much showing their partisan biases. The rise of polarisation on the internet and social media are major contributors of fake news and creators of echo chambers where news and opinions are biased, scripted and tailored-made to reinforce their own opinions, eliminating differing view points. This is true anywhere in the world, particularly in the United States, where polarization problem is bigger than the rest of the world, e.g. Democrats and Republicans die-hard supporters’ animosity are high, always opposing each other on every issue at hand. A Pew Research Center survey showed that politics contributes to having negative aspect of social media, because of too much bias on political opinion on the organization itself or the people spreading the news, sometimes fake and others as clickbait-style headlines. While social media provides everyone with internet connectivity the chance to freely voice out opinions or even showing off achievements to say the least, it can also have negative impact on people, a higher chance of mental issues particularly for teens.

In view of this, Pope Francis, in his latest monthly prayer video, offered his prayer intentions for this month of July specifically “to leave behind polarization and enmity in favor of building up social friendship and dialogue”. Additionally, the Holy Father is encouraging us to flee from social enmity which only destroys. Rather, he suggested that “dialogue is the path to seeing reality in a new way, so we can live with passion the challenges we face in constructing the common good”. He also mentioned about the influence of certain sectors of our society (politics, media, etc.) which are creating animosity and divisions among stakeholders. In the said video, Pope Francis noted. “I would like to invite everyone to go beyond their groups of friends and build social friendship, which is so necessary for living together well.” He further said that our world especially needs to have a renewed encounter with those on the peripheries of society, the most impoverished and vulnerable, and “we need to distance ourselves from populisms that exploit the anguish of the people without providing solutions, proposing a mystique that solves nothing.”

I couldn’t agree more with the Holy Father’s aforesaid observations about polarization. I can feel exactly how he felt because I can see it through the lens on how polarization (not only in social media but even in our families) pose a great threat to our society. This only shows how a Good Shepherd is relevant to us these days. Truly, many of us are like sheep without a shepherd. We long for someone who would be able to help us think and act rightly and develop our spiritual growth. Usually, the priests are our shepherds but anyone can be of service to anyone, particularly if priests are not available. We are all called to shepherd the sheep, regardless. What we Catholics are experiencing now is probably a wake up call, a wake up call for everyone of us, especially the Church hierarchy. One of the missions of the Church is to find and feed the lost sheep who hungers for everything, even for truth. Perhaps this is about time to revisit our Faith, strengthen it and share the same to others, particularly to the young, who is the future of our Church and Catholic homes.

Through the intercession of the Blessed Mother, may the Holy Spirit guide us in living out our faith and may our Lord Jesus Christ grant us the grace to know how to discern the right path and to be brave enough to initiate dialogue and friendship to others in need, so we (the Sheep) can be near Jesus, the true Good Shepherd. Amen.

ccto: Thank you for the featured photo.

(also published in one of the Catholic magazines in the U.S. by the same author)