Hey guys, I would like to share with you some excerpts of the Valedictory Address authored by someone very close to me. I thought what he prepared was something worth sharing and could serve as inspiration to those facing difficult challenges in life, young and old alike, from all walks of life. The said address is entitled, “The Value of Everything”.  The objective of the speech was to inspire his colleagues, the  newly graduates, and likewise a reminder for each of us to “wake up” and eventually “make up” our minds that material things are not essential to achieving lifelong … END_OF_DOCUMENT_TOKEN_TO_BE_REPLACED 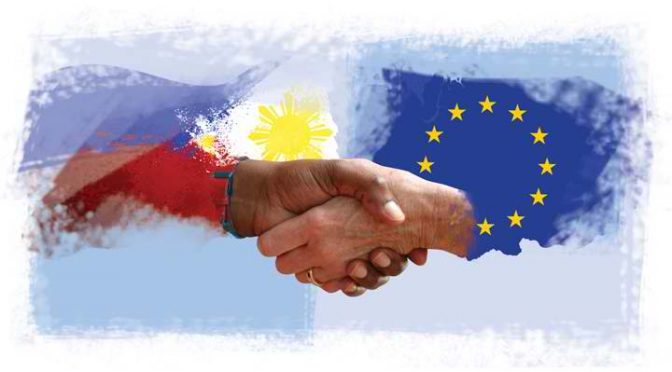 Philippine Press Secretary Ernesto Abella in one of his press conferences confirmed that President Duterte has decided to reject grants with certain conditions from the European Union (EU). He further clarified that the Government is only refusing EU grants that impose conditions, which the Government considers as allowing EU to interfere with the country’s affairs. The Executive Secretary also mentioned that the Government is “willing to forego about 250 million Euros ($278.88 million) worth of grants to prevent EU from meddling in its internal affairs”. A top government official likewise stated that the Philippines’ decision to stop development assistance from … END_OF_DOCUMENT_TOKEN_TO_BE_REPLACED

Pope Francis once made a call for everyone to recognize the importance of protecting “water” as it is the “most essential element for life”. He said “humanity’s future depends on our ability to care for it and share it”. He encouraged governments to ensure that water supplies are protected and accessible to all. Definitely, the above-captioned subject with a big question mark does not emanate from some of us who have access to and can afford to pay for an adequate supply of potable drinking water. Rather, the said plea comes from those who are facing water scarcity or even … END_OF_DOCUMENT_TOKEN_TO_BE_REPLACED 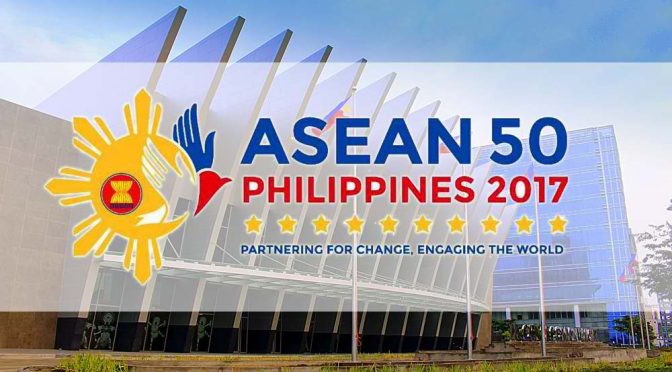 Heads of the Association of Southeast Asian Nations (ASEAN) 10-member countries will be gracing the 30th ASEAN Summit in the Philippines on 27-28 of April, 2017. The Philippines is honored to host this year’s ASEAN gathering, as such President Duterte is the Chairman of the said event . Just a brief backgrounder, ASEAN was created in 1967 in Bangkok, Thailand with the Philippines, Indonesia, Malaysia,Singapore and Thailand as the Founding Members, initially using the so-called “sports-shirt diplomacy” (friendship and solidarity). Other member states such as Brunei Darussalam, Cambodia, Laos, Myanmar and Vietnam joined in later. ASEAN Summit 2017 with its … END_OF_DOCUMENT_TOKEN_TO_BE_REPLACED 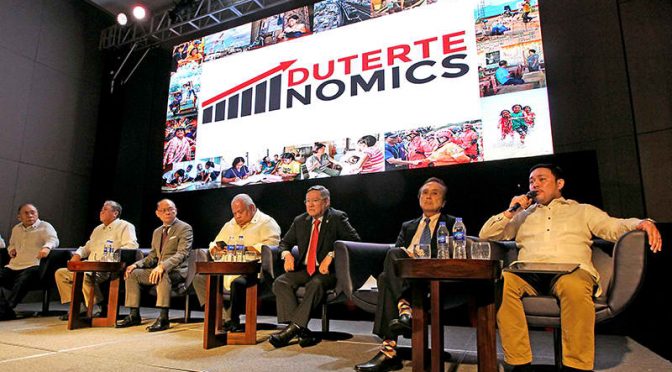 The Philippine Government’s economic managers launched this month (Apri18th)  Duterte Administration’s  banner flag, known as “Dutertenomics”, a platform for the country’s economic growth and development, taking into account its  socioeconomic 10-point agenda. As Secretary Benjamin Diokno of Dept. of Budget and Management (DBM) mentioned, the Government took an ambitious economic plans and programs as it would require roughly P8.4 Trillion (or $172 Billion) in a span of 6 years, ramping up Government’s infrastructure expenditures, vis-a-vis previous administrations’ infra-related projects. Under Dutertenomics, the following major national infrastructure projects (mainly focusing on transportation and social infrastructure projects) are envisioned to sustain Philippine’s … END_OF_DOCUMENT_TOKEN_TO_BE_REPLACED 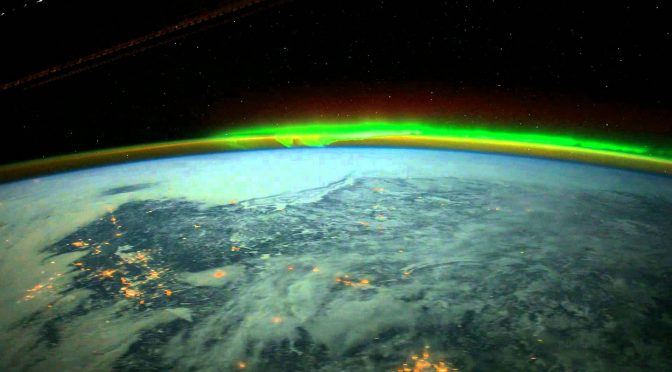 Have you been a good steward of our Mother Earth? Earth Day is being celebrated yearly since its launching in the 70s in the United States. Basically, its purpose is to remind and inculcate in the minds of all the people worldwide to protect and conserve our planet Earth and its environment. Today (22nd of April) is designated as Earth Day for 2017. Everyone is encouraged to enlighten and empower others with the end view of defending the environment in consonance with this year’s  theme (Environment and Climate Literacy). Education is one essential basic right for each of us, hence, the … END_OF_DOCUMENT_TOKEN_TO_BE_REPLACED 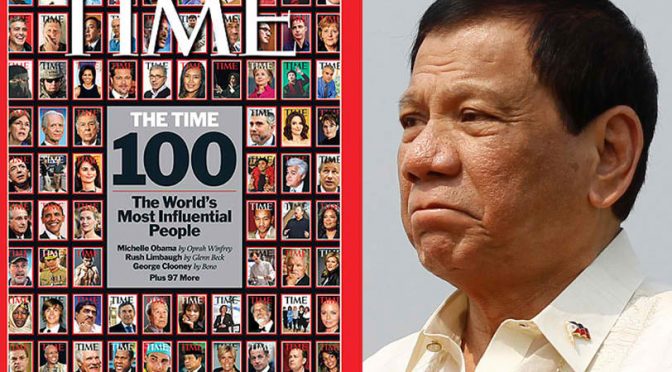 Today, 20th of April, Time Magazine has officially proclaimed President Rodrigo Duterte of the Philippines as the winner of its 2017 online poll for “most influential” people all over the world. The poll results showed that President Duterte got a 5% YES votes compared to the other contenders. Other nominees who occupied the Top 5 garnering 3% votes for each of them are Prime Minister Justin Trudeau of Canada, Pope Francis of Vatican State, Bill Gates of Microsoft, and Marck Zuckerberg of Facebook. But why did Duterte obtain the highest votes despite criticisms and unfavorable judgment from both local and international … END_OF_DOCUMENT_TOKEN_TO_BE_REPLACED 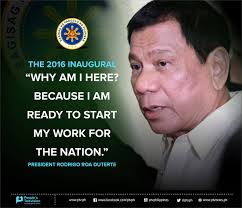 The “plan” to confer an honorary doctorate degree on Philippines’ President Rodrigo Duterte by the University of the Philippines (UP) Board of Regent (BOR) was aborted easily by no less than the President himself. President Duterte declined to accept the conferment for a very simple reason: Accepting such degrees or any kind of distinction is not within his policy, not in his wildest dreams, not in his blood, and not even a hidden desire for it  ever since he was a Mayor of Davao City! The said “plan” which was disclosed and disseminated via social media triggered several reactions and impressions … END_OF_DOCUMENT_TOKEN_TO_BE_REPLACED 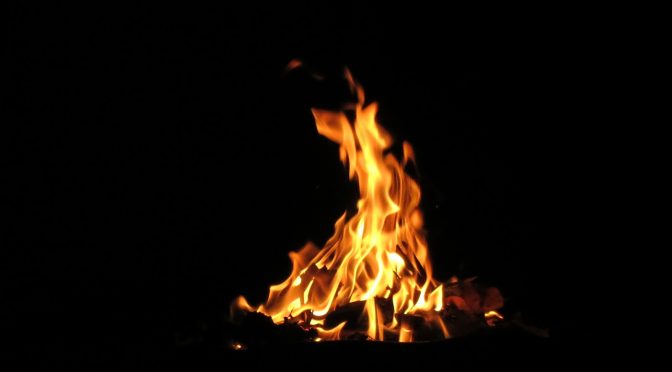 The Easter Vigil with the blessing of the Easter Fire, Oil, Water and the Paschal Candle, gives me a strange feeling of excitement ever since my childhood days.  I don’t know why it gives me goose bumps. It continues to amaze me probably because I liken it to the tradition of lighting a bonfire during Girl Scouts camping season! But the said excitement has quite changed to a different level as I grow up. The manner on how the Easter Vigil tradition is being undertaken makes it more significant, e.g. the gathering of the parishioners around the Easter Fire and the procession … END_OF_DOCUMENT_TOKEN_TO_BE_REPLACED

Have you ever asked yourself? What is beautiful during Good Friday? A friend of mine who has no firm commitment as far as his religious orientation is concerned posed this query, “Why do you call it Good Friday? I simply ignored the question, instead I looked at him in dismay and responded, Really? Of course, he knows what’s being commemorated on Good Friday. He’s a very learned man. He’s aware of why Christians celebrate Holy Week, irrespective of his religion.  As a matter of fact, almost all of us regardless of our beliefs know that Good Friday is the day … END_OF_DOCUMENT_TOKEN_TO_BE_REPLACED