A First Look At The “Ber” Months: Tips and Thoughts

“Irene's” alarming sojourn's to the East Coast this week provided me at least a brief respite from the daily norms, specifically giving me adequate time to sit down in front of a television closely monitoring on the whereabouts of the slow-moving hurricane. 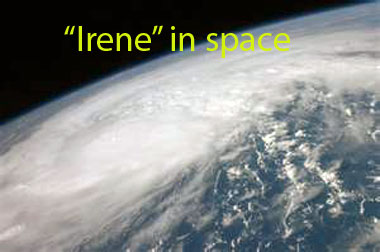 I felt I was like Governor Christie of New Jersey and NYC Mayor Bloomberg who were ever visible on camera and ready to give updates, advices or even stern warnings to their respective constituents, particularly those to be potentially hit and affected by the so-called hurricane, which surprisingly have been downgraded by several notches when it hit the ground. Was there a lapse in judgment from the weather forecast experts side? Or was there an overkill on tv coverage from the local media, which elicited viewers like me to react to a higher degree! Regardless of the reasons, it is sad to see that there were some families who were not able to escape from Irene's “bittersweet” lashes and for them, I would like to express sympathy to those who have lost lives and uninsured properties and still picking up the last recoverable pieces of their personal belongings.

The said long week-end likewise afforded me the opportunity to ponder on future courses of action of my blogging activities, as I had this mixed feelings, for the second time, of more disappointments and less satisfactions. Nevertheless, the graces received and the many wonderful activities that are still in the pipeline gave me specifically (thanks to my very few and close colleagues' help) the needed “push” to go on and which urged me go back to the computer and start hitting the keys of the keyboard. What is amazing though is that when I started writing, the thoughts in my head kept on working, just like a time clock machine and it only stopped when everything was used-up!

The first thought that came randomly to my mind is about the remaining (4) “ber” months of 2011. The months of September to December are the critical paths in completing all of the pending projects for the year. The initial part of the “ber” months for instance, the month of September could be the time for any forms of preparation, a time for planning and formulation but a time for merry making as well. It is the period when people starts to save money from the early perks and bonuses while at the same time spending it for the upcoming holidays in a row, from Labor Day, Columbus, Halloween, Thanksgiving, Christmas, up to New Year's Day.

Effectively, the month of September likewise kicks off the spending habits of some families and embracing new life for some of us.  The kids during these times would brag among themselves about their Halloween costumes, fun stuffs, and the potential gifts and presents they would receive from their parents and god parents, especially on Christmas day. For some U.S.-based incoming freshmen college students, it could be their first time to be away from their families and a time to look for a place to stay in or outside the university campuses, be it a first class dormitory/condominium for the elites or a cockroach and bed bug infested areas for the struggling middle class and the have less. It is the time for them to meet new school chums who could probably  put a degree of influence on their choices and preferences which may or may not jeopardize their values in the long run.

The month of September for some of us would gradually prepare us to be fit for cold season after experiencing the heat of summer. For those who tend to be on  the “gainers” (fats measurement) side, we start to be conscious of our weights and push ourselves to follow a certain diet and exercise so as to achieve the needed curves and abs and get rid of the “beer” bellies and  to acquire that opportunity to fit in the much-longed-for get-up for the party holidays. The cooler “ber” months is an opportune time to fall in love during the fall season, spend alone with someone special, and possibly tie the knot for those into serious relationships during the winter season! Hmmmm.

In the corporate world, we expect to see busy bodies during the “ber” months as everyone is engaged to complete the tasks before the year ends. High level meetings are scheduled to discuss on what has been accomplished and what remains to be done. Big heads of large organizations will hold briefings to launch their preliminary annual or development reports focusing on global outlook and economic recovery. The “ber” months is also the period where offices and businesses will prepare the required year-end financial statements, annual reports, and operational budget for the succeeding year. Although there are some of them who will attempt to massage the figures so as to avoid paying huge taxes and related fees for the period covered.

Regardless of our status in life, each and everyone of us has agenda and priorities. As such, undertaking the same with a big bang at the end of the year is something laudable, particularly so when we have successfully overcome the obstacles along the nodes of the critical paths. But we all know that in any quest for success, we may have to encounter certain hitches along the road and that is part of the game. What is deemed important is that we were able to weather any storm or hurricane, have moved on and tried our best to the very least to reach the apex of whatever we want to achieve for the year.

2 responses to “A First Look At The “Ber” Months: Tips and Thoughts”