Perhaps, majority of us must have heard about the parable of the prodigal son. It was about a father's unwavering support for his wayward son, no matter how long it took for the latter to come to realization that he got lost and had to return home. The said father and son story was published many centuries ago and it was reported in a form of an allegory. It didn't actually happen but what is ironic about it is that after many centuries have passed, almost all of us have a so-called black sheep in the family, like that of the prodigal son. It could happen to either one of us, our brothers or sisters or perhaps the only son or daughter in the family.

With all the enjoyment and the pleasures in life these days, it may be observed that in all parts of the globe, there were and there are factual incidents regarding children giving headaches to their parents, so to speak, due to wrong values (e.g. disobedience and stubbornness), leading to the parents life of sorrows and sufferings. One example is this real story below which I would like to share with you.

Let's call the child “Nieves” for confidentiality. Nieves is the only child of a middle-class senior loving couple living in suburbs. Being the only child, the couple was able to give her all the comforts in life since childhood until she reached her teenage years. She was sent to high standing reputable schools, from grade school to college life. The couple never missed the opportunity to be good parents to her as far as discipline is concerned. However, in her teens, everything turned upside down. Nieves was already problematic, she showed tantrums whenever her parents couldn't deliver the material things she wants. She would squander all the money intended for her tuition fees and allowances to partying, clubbing and experimenting on illegal drugs with her female and male friends. To make the story short, the young lady obviously wasn't able to finish her schooling and to make matters worse she got pregnant which made her parents very frustrated. She was a pain in the neck especially to her father who has already given up on her as he became so ill and that he could no longer sustain the day to day living of the family. Subsequently, the father died due to lingering illness, leaving her mom to look after her.

Accustomed to city life and always in the company of happy-go-lucky friends, Nieves easily wins friends especially with men. It was during this time that she bore another child and finally another three with different fathers and all out of wedlock. The irresponsible fathers of her children left her with no alimony to speak of , leaving her with five kids to support by herself. All these times, the mother of Nieves acted as both her father and mother and that of her 5 youngsters. Even with kids in tow, Nieves maintained her escapades at a certain level, and her mother while continuously reminding of her responsibilities, would refrain from further discourse about the matter so as to avoid arguments and making Nieves upset.  Instead, she was always there on her side, and tried to understand the situation.  Their neighbors had even advised the mother to leave Nieves but she couldn't because it was more agonizing for her to leave her daughter and grand children in such a miserable state.

Apart from being the homekeeper, Nieves mother had to accept additional odd jobs (e.g. washing clothes, etc.) to continue their daily living, She actually became the breadwinner of the family, in her late 60's. Nieves was a little help but it was not just enough, she was not used to a life of misery.

One time, Nieves candidly told her Mom she's leaving them to seek for a job with a promise to be back as soon as she's able to save money for their needs. While for the neighbors the said move could have been the most appropriate and should have been done by Nieves long time ago, it was not the same case as her Mother's. That moment was the saddest part of Nieves' mother's life as it seemed to her that the probability for Nieves to be back that soon could be remote, knowing her. She was truly concerned of the plight of her daughter, even at that time.

Several months have passed, still no word from Nieves. Now, three years later, and still the mother has not heard any news from her. The mother, in her daughter's stead, had been lovingly and painstakingly taking care of her grandchildren sans the moral and financial support from her own treasured daughter. She endured the many hardships and the struggles in order to provide them with at least some food to eat. Frail and sickly, the mother with the help of the the kids (the youngest of them is 5 yrs. old) are now dependent on the kind assistance from her neighbors, by doing some errands and other menial tasks for other people. When asked by the social worker if she has at least a tiny grudge on her daughter, she said nothing. Rather, she told her that having Nieves is the biggest happiness in her entire life. Her love for her daughter never falters and it's still there, embedded in her heart. She's going to wait for her for the rest of her life, God willing, as she really believes that someday Nieves will come back to them someday, with a renewed heart.

Not all parents are blessed with wonderful doting children. But all parents, in their right minds, would always want the best for their children. Our parents, especially our mothers serve as light to us, they mold and sharpen us to be better persons.

Humans as we are, however, we encounter shortcomings and failings in life. It is for us to formulate our own strategies on how to have a better family life. We are responsible for what we are, for what we do. But, it's not too late yet to rectify the said shortcomings and to reconcile again with our loved ones.

For Nieves, if you happen to read this blog, I hope and pray, you will have the heart and the conscience to be more sensitive to other people's needs, especially that of your mother and five children. They need you especially during these moments of your mother's life.  Don't wait for the time that it would be too late for you to see your loved ones still full of life.   Just like the father of the prodigal son,  surely your mother and children would welcome you wholeheartedly  with open arms!

Below are mother's day cards designed by the awesome kids in one of the schools, here at NYC. To all mothers   and grandmothers in the world, HAPPY MOTHER'S DAY !!!

For my Mom who is in heaven now, Happy Mother's Day to you Inay! 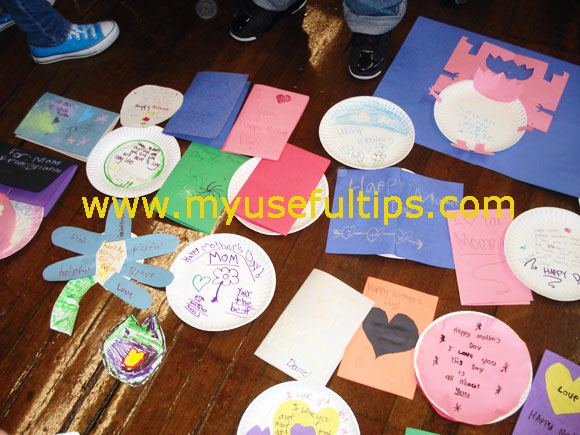 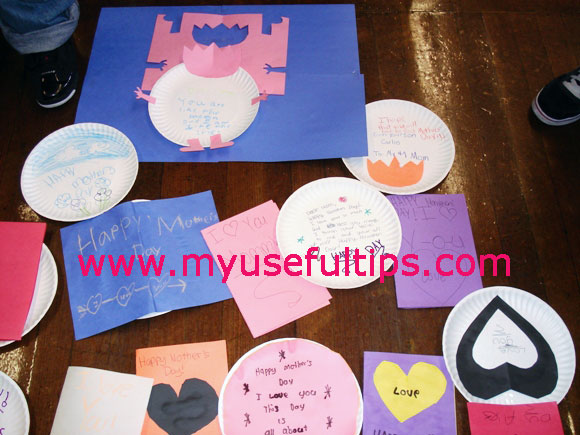 Hey look at this, one 10-yr. old child even wrapped his own designed card for his mom with a paper.  Such a very thoughtful and resourceful child. He wants the best for his mom!  Such lucky mom! 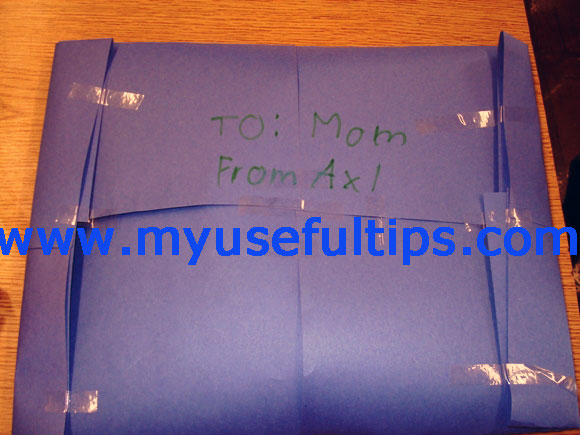