Some people go  into a pilgrimage with the end view of uplifting and deepening their relationship with God. Each of us has our own way of doing this taking into account our religious faith, personal beliefs and traditions.

The Muslims for instance are required as much as possible and at least for once in their lifetime to make a Hajj, a pilgrimage to Mecca, a place considered holy under Islam doctrine. The same is true with Buddhists and Hindus. The Hindus believe that the Ganges River is sacred and so they visit the said place at least once a year to join in a holy ritual with the pure intentions that they will be saved and forgiven of their sins and eventually go to heaven when they die. I had also the chance to see the Ganges River and observed the ritual when I was in India years back. I remember it was getting dark when we dropped by the place on our way  to New Delhi and coming from Agra for the grandiose Taj Majal. There were chanting of prayers and songs and floating of candles and flowers on the river. Unfortunately, I was not camera conscious at that time yet and so I had no photos of my own of the said unique place and experience. (Sorry, next time maybe!)

The Buddhists have their own way of doing some sacrifices too. They engage in so-called walking pilgrimage, a backbreaking task as the said walk is not only for one day but most of the times could take months. I have read this article in one of the blogs I visited about Buddhist monks. It was very interesting as this particular monk in his twenties recounted the ordeals he had faced which he described it as one of the “most difficult things” he had done in his life. It was a 35-day walk from Nepal to India with only one bag carried on his back and detached from material possessions  and other things which could probably provide ease to the muscle and joint pains or even foot sores due to severe walking. Most of the times these pilgrimages are arduous and the pilgrims do not only offer their sacrifices for themselves but also the intentions of their loved ones, friends and for all mankind.

This month, our local parish community had a one-day Marian Pilgrimage to the Shrine of the Immaculate Heart of Mary in Washington, New Jersey. It is where the National Headquarters of the World Apostolate of Our Lady of Fatima is situated. The group was fortunate to have a priest (Fr. Richard M.) with them who served as the spiritual director. Having a spiritual guide is deemed important as he or she would be able to guide the group, keep them focused and walk-through them on the intent of the pilgrimage. While on the bus, the group recited and pondered on the Holy Rosary. Upon arrival, they did a meditative Way of the Cross on the hills of the Shrine and finally a Holy Mass was officiated for all the pilgrims. 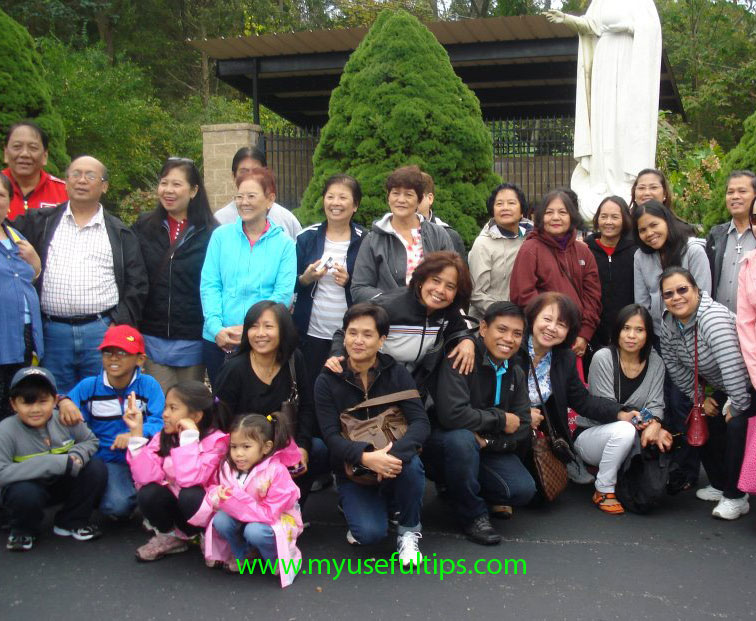 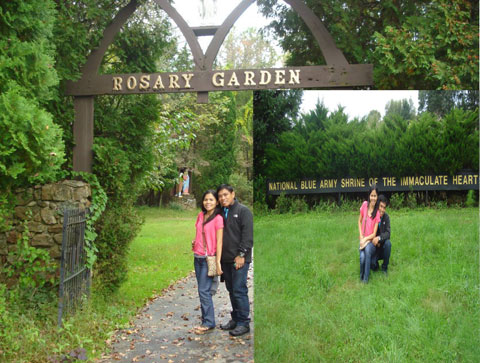 ( young couple who  joined the pilgrimage)

Similarly, other groups organized a Rosary Congress and one of which was held this month in North Carolina. The said congress was attended not only by Marian devotees but also those who are interested to know about the Blessed Mother's role in the Catholic faith.

Local churches have likewise celebrated the feast of the Holy Rosary this month. In  honor of the Blessed Virgin Mary, some of them especially choir groups would wear their native costumes as they considered it a special day for Our Lady, and they even took a snapshot with Her. Cool guys! 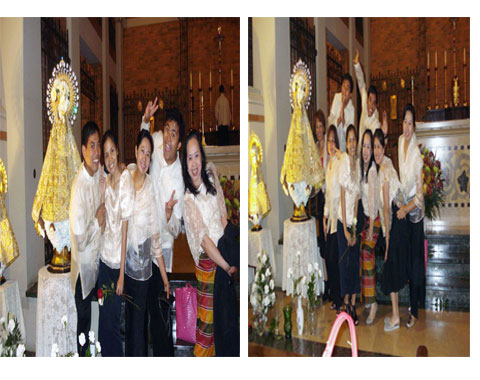 As the month of the Holy Rosary has finally ended, I hope that each and everyone of us may have a change of heart, regardless of our beliefs, and be able to realize that little or big sacrifices through prayers, meditations and pilgrimages could help not only in uplifting our spiritual life but also in our relationship with God.

2 thoughts on “A Spiritual Journey To Remember – Tips and Thoughts”