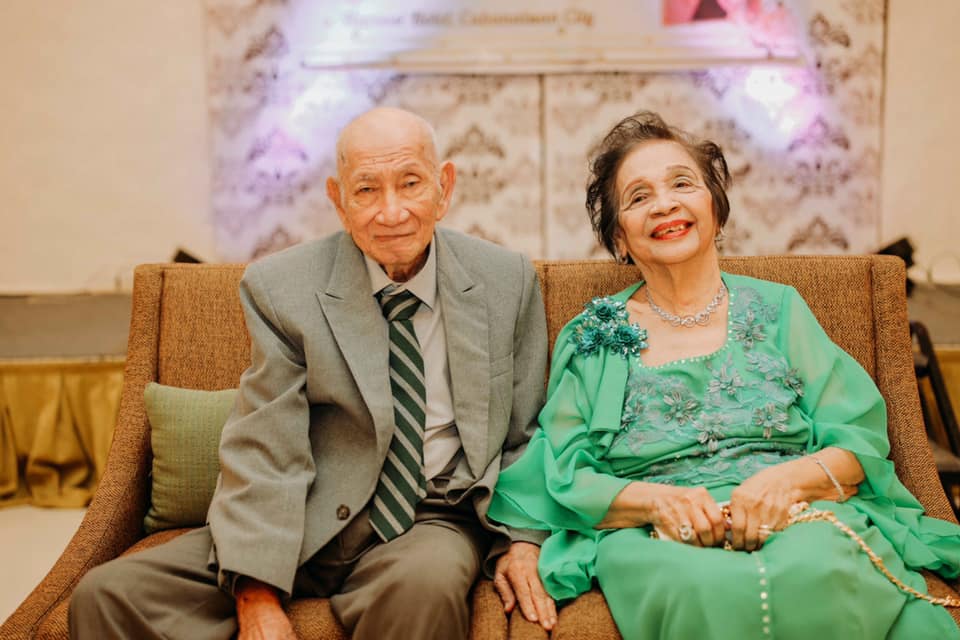 I’ve known my mom-in-law for 2 decades but because of the distance from our place to theirs, we don’t have that much enough interaction unlike those of other perfect bonding relationships between a mother and a daughter-in-law. Likewise, we have been away for a long time (living abroad) and by the time we came back, Nanay was not that active anymore. She refrained from traveling and joining family-related celebrations especially if outside their domain. Despite not being able to visit her and Tatay more frequently, I gradually came to know about her, her likes (e.g. green is her favorite color) and dislikes, who she was in the past and who she is now. Most often, the source of my information about her is either her son (my loving bff) or our brief encounters with her and Tatay whenever we pay them a visit in the province.

In the Philippines, the parents are commonly addressed either as Mommy and Daddy (Mom and Dad), Mama and Papa, Inay and Itay, or Nanay and Tatay. But in their case, they preferred to be endearly called as “Nanay” and Tatay. Both Nanay and Tatay are gifted with long life, in their 90s already, and with 11 children. However, most of their children are living separately from them (either abroad or in the Philippines) after getting married. Unfortunately one of their sons met a tragic car accident 8 years ago. This made them really sad.

Just like some mothers, Nanay loves her family, particularly her children, more than anything and she is proud of her grandchildren too. One time she mentioned to me that she would like to spend more time with her children, all of them, and the thought of it makes her live longer.

Nanay is an epitome of a working mom. She can be competitive, achiever and a motivator to her kids. Despite her hectic schedules, she would see to it that her children excel in class but at the same time instill values in them. It was not difficult however for their kids to achieve the same because they were able to acquire the good genes from her (and from Tatay too to be fair) – good looks and brains! hmmm.

The foregoing were some of the factors why Nanay and Tatay were chosen (among the many nominees) as Outstanding Parents of the year in the province/city of their residence.

I understand Nanay, in her teenage days and even up to now, exudes a pretty youthful glow on her face and skin, she got no deep wrinkles and aging lines, just like my own parents who are now in heaven (one time the attending physician of my Mom got amazed on my Inay’s skin in her 80 yrs in life). I hope and pray that God will grant everyone in the family the blessing to gracefully age like Nanay and Tatay.

Nanay on your birthday, we wish and pray that God will grant you good health, peace of mind, and happiness. May God grant you more the gift of life, i.e.,more birthdays to come!

My chakilan is the 3rd from the youngest in the family. Hence, this blog.