The Brain Drain phenomenon may have probably occurred even before the British Royal Society first coined the term to describe the flight of its intellectuals from England to the Americas. This would involve scientists and inventors like Joseph Priestly and Alexander Graham Bell who both originated from England but came to US to explore opportunities and expand their horizons But that was long ago when the world was still quite primitive and education system was scarce. However, with the present developments, particularly in science and technology and where education system can be offered anywhere, the brain drain issue may no longer be applicable. So, what’s the current fuzz all about? Why do governments have to worry as of late about emigration of some of its skilled and talented citizens to seek greener pastures in other countries? Why waste enormous amounts of money discussing and doing research papers on the subject? There are various reasons why these people decide to leave and migrate, one of which is that they possibly want to utilize and hone their abilities to the full extent which their home country failed to offer, plain and simple. And I see nothing wrong with this. As Clark Gable had said in the movie, Gone with the Wind, “Frankly my dear, I don’t give a damn”! May I say this famous movie script once again, candidly my dear readers, “I don’t give a damn” on the opinion of some economic experts and policy makers that brain drain poses a threat to a country’s economic development.

Coming from a country where unemployment rate is high and where talented people are underutilized primarily due to a massive over supply of high-skilled and educated manpower, the movement of “brains” from one country to another would have no adverse effect at all on the development of the home country’s economy. I have not read of any impact studies undertaken by multilateral institutions like the World Bank that is comprehensive empirical enough to support that the departure of highly educated individuals has contributed to the poor economic performance of their home lands. What’s hovering over the web instead are white papers, policy briefs,  and technical working documents undertaken by these institutions in collaboration with certain Governments indicating, among others, that many of educated workers in least developed countries in Africa, Asia, Central America and the Caribbean are flocking to rich developed countries transferring their technical know-how which allegedly can be bad to their native lands’ economic growth.

The said findings are actually:

1.Unfair to those learned but underutilized people who exerted too much effort and suffered the pain felt at leaving their homelands, particularly their loved ones, only to start a home and earn a living in a place alien to them. For all we know, these people would even be able to substantially contribute, at the end of the day, in the Government’s revenue generation efforts in view of their cash remittances. However, not all of the best and brightest minds who have migrated to other countries are able to land in a job commensurate to their qualifications as some of them are forced to accept relatively lower level occupations just so to earn something for their families, but still they are able to contribute in a way in solving their home country’s unemployment problem. Examples are medical doctors who have migrated to an advanced nation and are employed as either nurses or teachers. I hope you still remember Ana in the previous blog article, the underemployed immigrant from Bulgaria who holds a Doctor of Philosophy and a Masters Degree in Engineering in their country’s top university. She did not get the stellar job she longed for in the U.S. but she is now a Mathematics teacher, one of the noblest professions, in a prestigious private middle school in Manhattan. Economically and financially, this is still good for them as they are able to earn far better income than in their homelands, thus uplifting their standards of living and making them successful in money terms.

Similarly, there are also situations where brainy and highly skilled people of certain developing and developed countries are not needed and are not actually hired by employers as their salaries and perks demands are not met. Thus, they end up exploring in other countries to try their luck too and later become successful and probably have decided or will decide  to go back to their homelands to establish a business of their own. And this is what I call the visible gains of brain migration.

2.Unfair to those equally talented people who have remained to stay and serve their country and its people. Using the term “brain drain” as one of the causes for a country’s economic failure is definitely not pleasing to some of them. It would only affect the self esteem of some of these people and may be unproductive to some extent.

That’s what I’m trying to say, that there’s nothing for Governments to fret about brain drain and its related variants. Exporting underutilized or untapped local manpower, high profile or not, is one clear effective and successful policy in steering the country’s economic development. These successful overseas workforce bring home the bacon, so to speak, in the form of cash remittances to their families and relatives whereby the latter would spend the money for basic necessities and other services, thus helping their home countries economy afloat, fueling consumer spending and shoring up dollar reserves.

What Governments and the CEOs in the private sector could do rather with some of its personnel, especially the talented and scarce professionals (e.g. pilots, volcanologists, seismologists, medical specialists to some, etc.) whose unique knowledge requires regular technical upgrade, is to send them to further studies and trainings abroad to harness their potentials and for them to echo the knowledge gained to its subordinates. What is also imperative is for Governments to find ways and means to create jobs for its people to make them stay and be with their family.

At the back of my mind, I would like to believe that the current brain drain brouhaha could be a mere ploy or one of the scapegoats of some Governments to protect themselves from being accused of inefficiency. Why did I say this? In a country for instance where there are highly educated personnel but politics play a crucial role in tapping managers to head government agencies, you will find some competent bright people who are left untapped to pave the way for the so-called “best and the brightest “ allied to government administrations but have learned to become corrupt and greedy, thus creating an environment of inefficient government officials. We have heard stories that some of this so-called graduates of top-tiered schools have actually participated in squandering the resources of a particular government. And this is where brains are tested and easily corrupted. This kind of scenario is present in all Governments throughout the world, be in third world or industrialized nation, thus it could also happen in the future not only in the public arena but also in the private sector. It’s not what you know but whom you know nowadays, which means that, if you have the right and influential connections, you will definitely have the competitive edge over the person who is far better than you.

I know someone previously connected with Government, a  very bright and technically well-equipped person, in fact he is even knowledgeable than his superiors as far as finance and IT related matters are concerned.  He introduced new innovations in the organization despite a measly salary  but because of his  low profile personality and not being affiliated to any political organizations, he was left behind as far as top managerial promotions are concerned.    He resigned from the organization, left the country and looked for his dream job.    Because of his qualifications, he got hired easily and is now happy with his newly found job, not to mention the  fruits of his labor.    What’s saddening and ironical about this is that,  his previous Government organization hired a consultant to do the same project (since there was no one left who is well versed enough on the subject) and paid the man a hefty sum of money.  That’s what you call stupidity in Government’s spending and by the way decisions like this happen too in  private sector’s boardrooms.

I would like to point out that given the choice and opportunity, a person would opt to remain in his native land as it brings joy to him/her to serve one’s country. In situations, however ,where countries failed to provide the opportunity or could not afford to tap the talents or did not hire the person in lieu of a preferred individual, the person (intellectual or not) would be compelled to leave the country for survival. As such, Governments could probably  refrain from issuing pronouncements that “brain drain” allegedly has ill effects on its economy.

Note that each person has the right to travel and explore possible options in other countries . As a matter of fact, the UN itself is emphatic on the right of a person to migrate, regardless of one’s status, whether skilled or unskilled. As such, no Governments can prevent an exceptionally talented person to leave the country and offer one’s services in another country. Rather, Governments must do its responsibility and exert best efforts to entice its citizenry to stay and happily served their Mother land.

Finally, this is my plea to all Governments, “Don’t pass the buck”  to someone else.  Just do something to rectify any bad policies or wrong doings within the ranks. 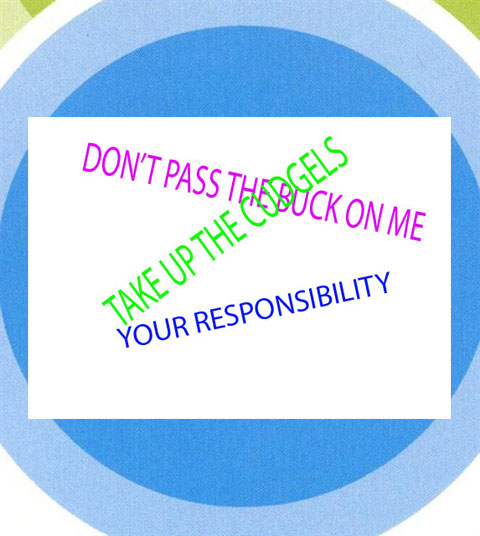 3 thoughts on “Each Country Faces Brain Drain – Now, What?”