It was the day before the brand New Year start! 31st of December to be exact, we were supposed to be with a close family friend to celebrate the night until the New Year’s Eve, as planned. A very close  buddy of mine, however, was on a brief holiday  vacation in NYC for the first time and I had to attend to and accompany her on tour related matters.

I never expected that my last day of 2010 could be so hectic and mobile. At 11:00 am, I literally rushed to the hotel where my friend was billeted, just few hours from her NY arrival time and then went straight to Radio City Music Hall on board a car of her cousin to watch the last day (yes indeed, last scheduled 3:00 pm time for the last extended day!) of Christmas Spectacular of the Rockettes. 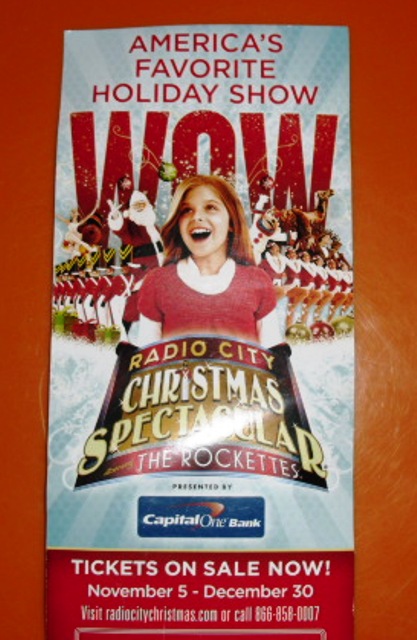 However, the jammed traffic and the frantic tick tock of the Gucci watch made it more complicated.  My stomach couldn't handle anymore the tension as we’re exactly 10 minutes late already. We’ve decided to get off the car and walked about 8 blocks but the walking was too dragging not to mention the many people and bystanders squeezing their way out from the crowd likewise in a hurry for the holidays. As we’re about 3 or 4 blocks away from our destination, we stopped a yellow taxi which saved us about 10 minutes of walking which we badly needed at that moment! Lo and behold , we saw the elaborate entrance of the music hall and we were quickly ushered to our orchestra seats! Having overcome the exhaustion from trying to beat the show time, everything turned out perfectly well even if we missed roughly 20 minutes of the show, as we were greeted by such a wonderful spectacular episodes of the show. From the dazzling kicklines of the Rockettes gorgeous ladies, sparkling fireworks, magical high-tech effects with 3-D animations, a Santa flying to the classy and posh wardrobe of the Three Kings journey and the amazingly beautiful goose bumpy Nativity Scene, the Radio City Christmas Spectacular was truly a magnificent way to bring holiday cheer to family , relatives and friends. 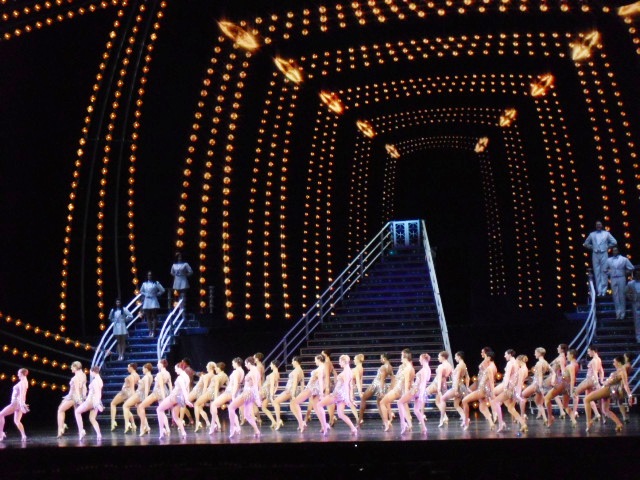 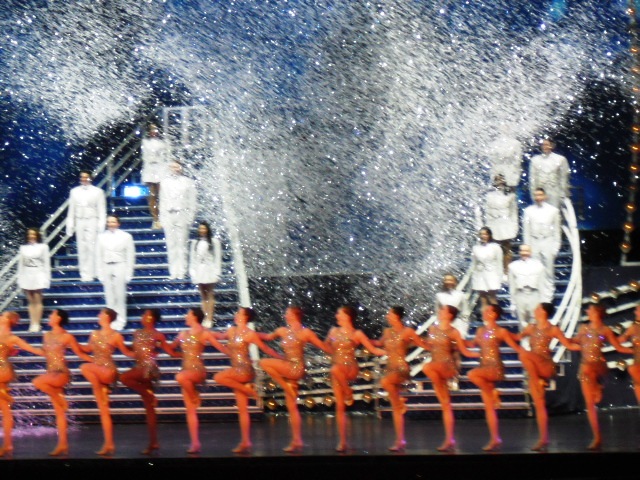 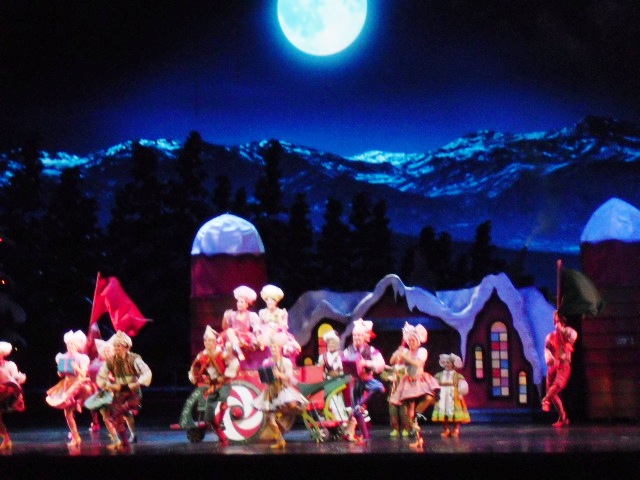 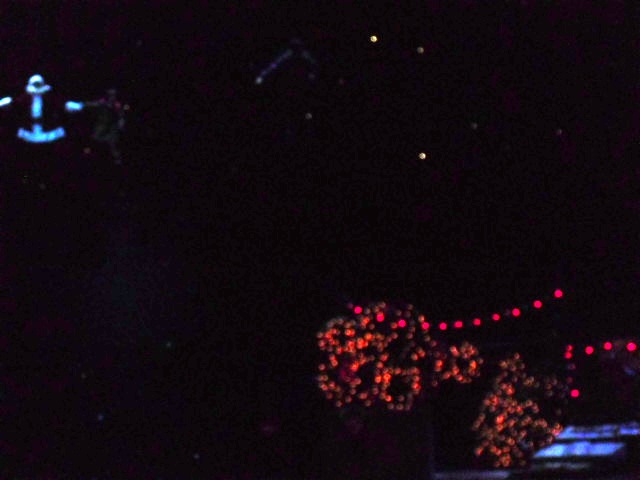 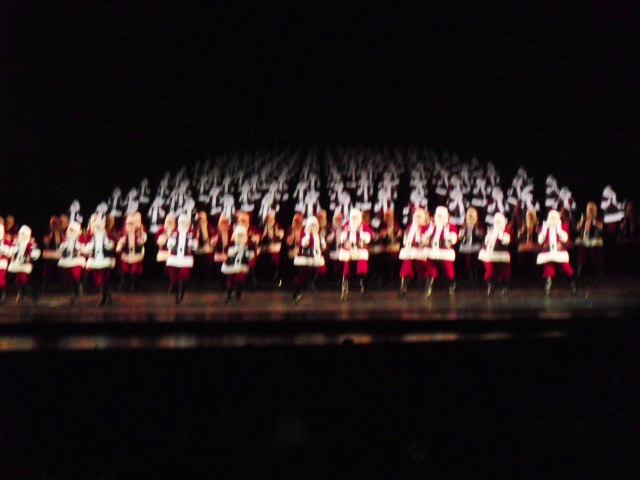 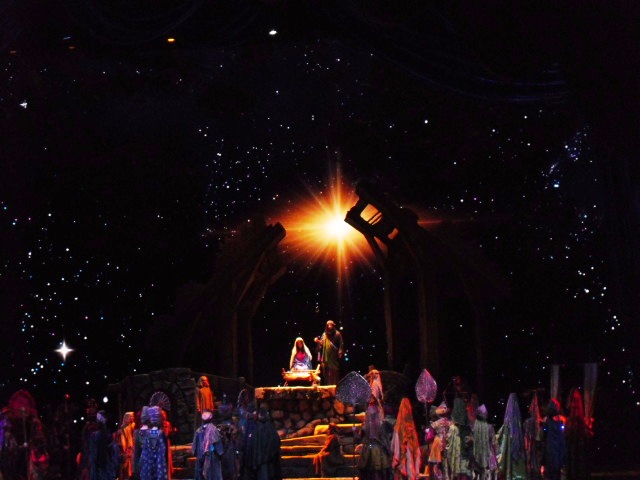 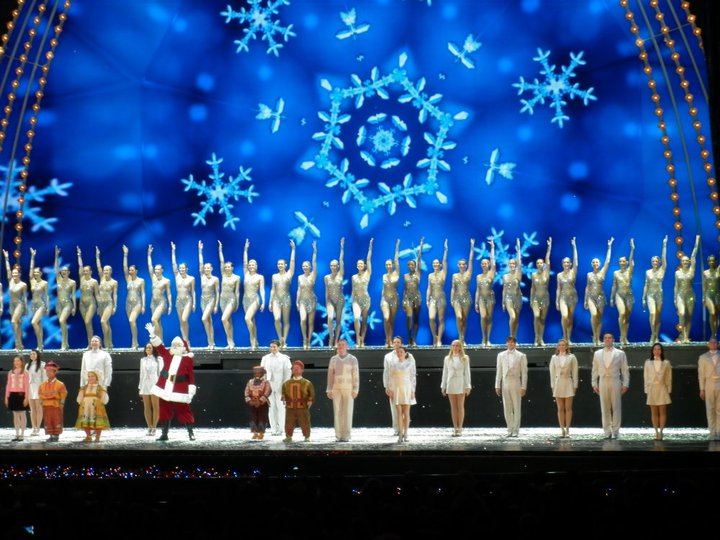 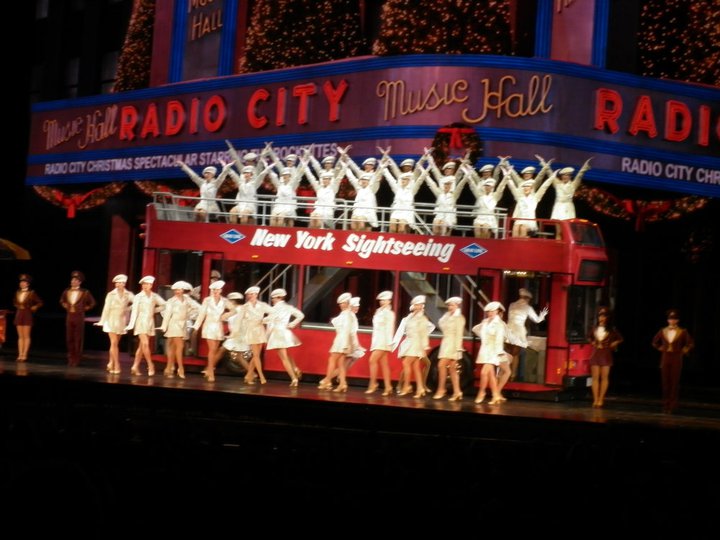 After the Rockettes show, we proceeded to the Rockefeller Center grounds where my friend got the view of the skaters and the ice-field skating rink. 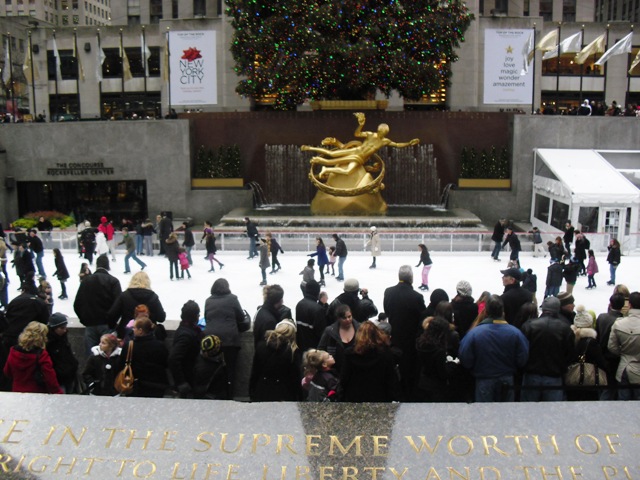 We went on to the nearby historic landmark,  the neo-gothic structured St. Patrick’s Cathedral which was actually the best pre-NY gift that I could offer to my friend, for her to say a simple thank you prayer for the blessings received for the year!   It turned out not just a brief prayer but we were able to hear the anticipated New Year Eve Mass, that was 5 pm.   So, more blessings for both of  us!

Thereafter, my friend got the glimpse of Manhattan’s Fifth Avenue, a major thorough fare and shopping center.   Would you believe, she was able to buy  Chanel and Gucci bags for a song?  Woohoo! How come ?  Fifth Avenue?  Well, we did some little antics with the cooperation of NYC’s upcoming entrepreneurs! Lol!

It was almost 7 pm, we can almost hear our stomach’s growling, so we decided to walk downtown and landed at the world famous Grand Central Station  where we had our dinner at Two Boots,  a famous Brooklyn original pizza parlor.    That was her post New Year treat to me after so many years! 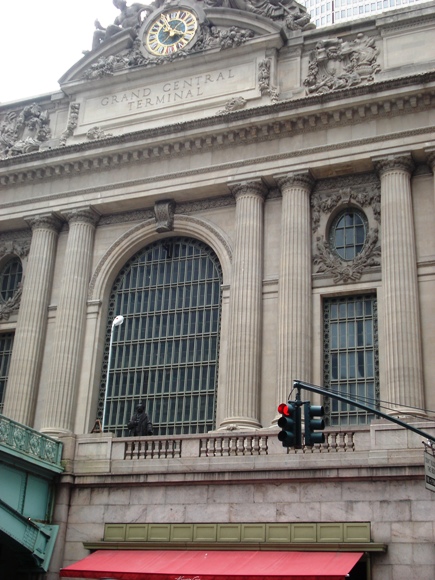 I forgot to mention that the major plan for the day was actually to spend the NY eve at the world-renowned Ball Drop atop One Times Square.  However, we failed to check our time and didn’t seriously took into account the requirements for attending the said event, e.g. that approximately 6:00 pm, the bow tie of Times square (between Broadway and 7th Avenue) will be fully closed to traffic.      We could have proceeded to Times Square after the Radio Music Hall’s show just to make it at the site, but it didn’t materialize.   As such,  we landed in a location with so many spectators who ended up nothing to expect at the end of the day as they were quite far from the major site.   It was frustrating as it was really the main agenda for the day!  Positive human beings as we are,  we spent the night away with thousands of 2010 good byer’s and New Year’s 2011 greeters, even though we weren’t able to have a full view of the Ball Drop and experience the amazing live happenings, including  the pyrotechnics, pompoms, balloons and confetti bags  at the said area. 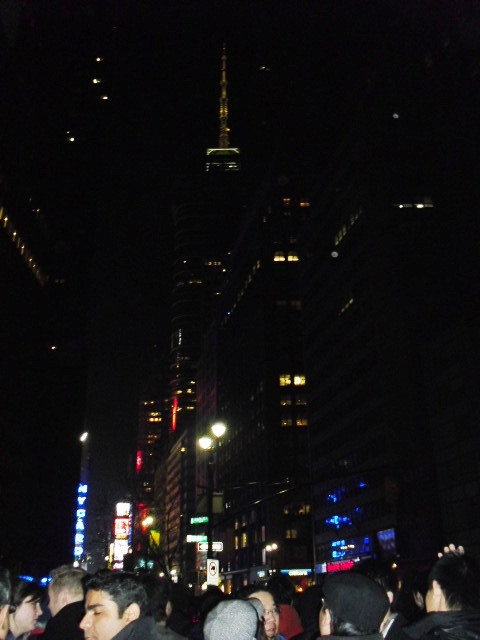 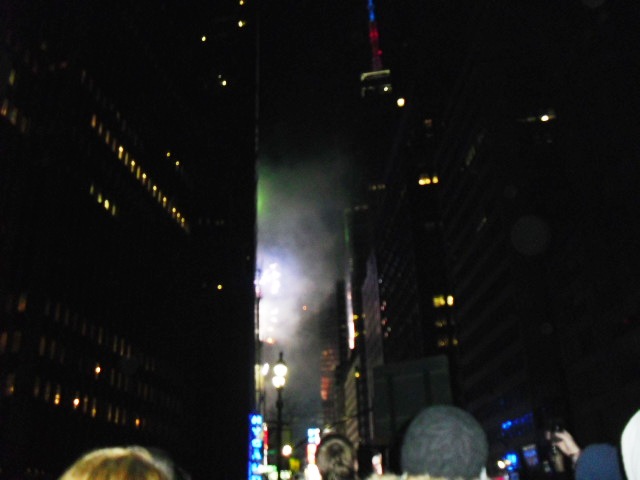 Tiring yes, but it was compensated with a good deed, opportunity and the blessing to see once again good old best friends!  That was indeed a memorable way of spending the New Year’s Eve in NYC.   We almost slept at 4:00 am.  By the way, the brief stay at Crowne Plaza Hotel and the Park Central Hotel  were relaxing! Thank you so much loving and forgiving GOD for the blessings in 2010!

Here are some of the videos from the Rockettes Show and where we were exactly situated at tthe Times Square Drop Ball.  Funny!