Engaged in an online conversation in the wee hours of the morning when I learned about the 8.9 magnitude earthquake which hit Sendai, the epicenter located in the northeastern coast of Japan. I was directed to view the CNN video which at that time was simultaneously being played while the tsunami was reaching the waters under a certain city bridge and which quickly rose to a higher level, and where owners of cars and trucks passing thru the bridge were rushing to and fro to take their refuge. It was horrific to see various videos and photos of how people tried their best and managed to get to a safer place. Buildings and houses were completely destroyed; cars, boats and airplanes were washed away just like toys made of wood, being hurled around from playpens. 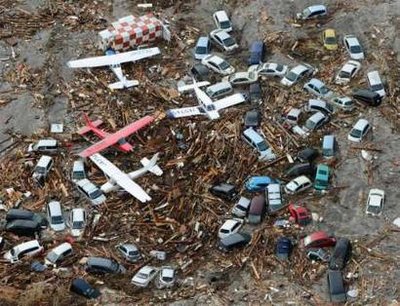 The photos and videos shown in the web before and after the earthquake/tsunami vividly portrayed the wrath of the said fortuitous events and its effects on mankind and their properties. 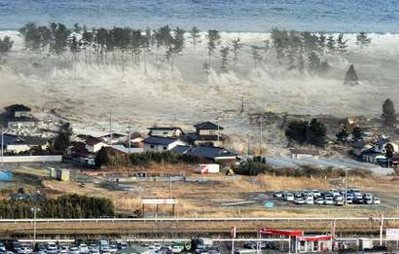 According to the United States Geological Survey (USGS), our mother Earth experienced 22 earthquakes in 2010, the major ones of which happened during the first quarter of the year, one in Chile in February (8.8) and another in Haiti in January (7.0). As a matter of fact, the day when the Chile 8.8 magnitude quake happened, an article about the subject was posted in myusefultips.com on the same day primarily to remind everyone on what to do during major earthquakes. It is sad to note though that based on UN figures, the said quakes killed about 227,000 lives at one time, wherein most of the fatalities came from Haiti despite the stronger tremor in the Chile event. Obviously, the structural defects in some of Haiti’s infrastructures coupled with an overly populated area contributed to the mass destruction in the country.

For the first quarter of 2011 alone, the USGS has already recorded 18 earthquakes in 4 continents of the world, ranging from a low of 4.1 magnitude to a high catastrophic magnitude of 8.9. So far, the 6.3 magnitude earthquake in New Zealand and the recent Japan quake had already produced more than 3,000 casualties and it is expected to rise as Japanese government officials are currently in the process of assessing the aftermath. Both events likewise occurred during the first quarter of this year, just like that of last year. Is this just a coincidence? Or, is there a scientific and technical explanation behind the timing of the occurrences of the major earthquakes for the period covered? I will leave this to seismologists, volcanologists and geologists to respond to these questions as they are the experts in this field.

There may be some logical reasons behind the similar episodes but fortuitous events like these are beyond mankind’s control. Perhaps, only someone with supernatural powers would know.

While rehabilitation and development efforts are still on going in Haiti, Chile and Christchurch, New Zealand, the Japanese people are presently suffering from the fresh effects of the very strong earthquake and the tsunami (tidal waves) deluge. This is apart from the impending threats and potential risks that the Japanese could face in view of the problem on the radiation leaks of the country’s nuclear power reactors. Ordinary people like me can only do so much. As average men and women don’t have billions of yen to contribute to the call for financial help, we can show our sympathy to our Japanese brothers and sisters who are in dire need in so many humble ways. 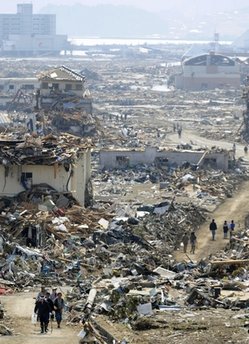 Certainly, it is our duty to help our neighboring countries, especially those in need. The best thing that we could do for now, however, is to keep Japan and other similarly situated countries in our petitions, to pause even for a moment from our busy schedules so as to share out time, to  offer our fervent prayers for the souls of the victims of the said calamity and likewise for the affected living families so they would be able to overcome the adverse effects and the sad moments as a result of the deluge. In times of tragedies, sufferings and misfortunes, it is but prudent for us to go back to God, our Creator, to reflect on the things that we did, to ask for mercy and forgiveness and for HIM most especially to save our Mother Earth and everything in the Universe.

Regardless of culture and religion, we can also include in our prayers that no more calamities of this magnitude would ever happen again, be it first quarter or last quarter of the year.

One thought on “Killer Earthquakes:The “First Quarter” Massive Destruction – A Moment of Prayer”