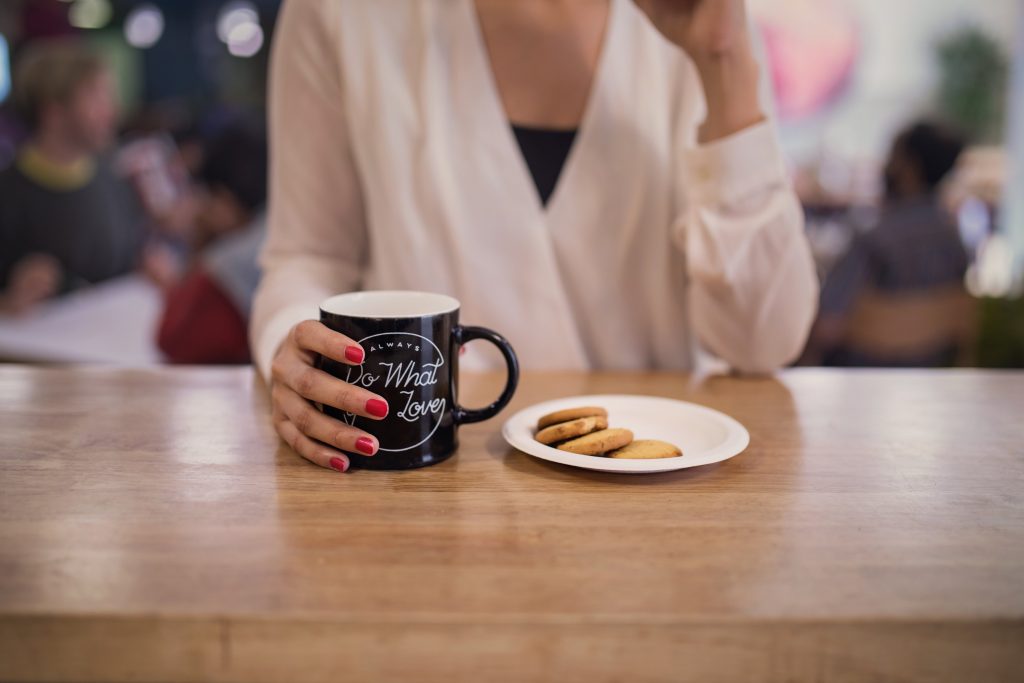 I remember it was “Opus Dei” (a catholic lay and clerical organization which literally means “Work of God”) which taught me about how lukewarmness can serve as a stumbling block in one’s spiritual growth. This is one of the many things I’ve learned from the formation and “circles” I attended in the said lay organization. The first time I came to know about Opus Dei was after college. I was a newly hired young professional working with one of the country’s economic managers with a direct boss who happened to be an affiliate member of the Opus Dei. And that’s where my association with the “work” started. The weekly visits to the center for female young professionals (because there’s a separate center for males) became frequent for spiritual readings, recollections and about getting to know the “work” itself. (Gosh, I need to do a separate blog for this since it would entail hundreds of thousands of words to put everything down in black and white on how I came to know about the work and the opportunities of meeting new amazing friends who have lived the norms of piety, on how they became closer to God even “in the midst of the world”.)

Previous to that, I thought being a Catholic Christian is all about going to Mass on Sundays and Holy Days of obligations, receiving the Holy Communion, going to Confession and other Church related activities. I thought it was perfectly good. I know from my previous religion and theology classes that there are so called spiritual and corporal works of mercy for us to practice. But the relevance of these works and the importance of being in the presence of God in everything we do didn’t fully sink in me until I met the work of God. I realized I needed to do much more, to be more faithful, closer and obedient to God, however, it was extremely hard particularly in a world where there is good and evil.

Yes lukewarmness, what is it about, how and why is it dangerous to our faith journey? For some of us, we don’t even know that the word exists in the Scriptures. Perhaps, we would normally refer this word when referring to “lukewarm water”, something that is neither hot nor cold to ease our throat especially when we we have colds. But God’s words on lukewarmness in the Scriptures are primarily meant to impart us a powerful and strong message for us to be careful in embracing a lukewarm attitude and to avoid facing the consequences of such actions in the end, to wit:

As a catholic, there are certain duties and obligations that we have to follow and it forms part of our catholic faith. As such, we can’t be selective of the things we want and reject those we don’t want, as if we are in a cafeteria choosing the food that we prefer to eat. Tepidity or lukewarmness serves as one of the roadblocks that keeps us from following Jesus Christ and from deepening our relationship with Him. During this pandemic for instance, one classic example of lukewarmness could be a decision not to hear mass everyday (even if majority of us are stationed in the comfort of our homes due to quarantine) or on Sundays or Holy Days of obligation in favor of pleasure and false joys, i.e., without valid reasons. We tend to have a “wishy-washy attitude” on this. Some of us would prefer to go shopping online or watch netflix and binge on videos on Youtube for hoursssss, or perhaps some of us are engrossed in commenting, criticizing and whining on social media on current events, instead of a 30-minute daily mass on tv or an hour of a Sunday Mass online! Are we guilty of this? We (young and old alike) may have tepidness in our journey to embracing the true meaning of our Catholic Christian faith but the courage to overcome such tepidity or laziness in fulfilling our duties and obligations as Christians is of great import and valuable in God’s eyes.

The issue on lukewarmness is likewise relevant in today’s world where the Church and its community are currently faced with controversial issues (e.g. reproductive health act, divorce bill, death penalty, anti terrorism bill, same sex marriage and the like). Apparently, the said issues are not problems of the church hierarchy alone but it is also a challenge posed to all of us, the members of the “Church”. It is unfortunate that whenever the church is being bombarded with issues in a not-so-nice manner, at times the “Church” or us Christians appear divided on how to address the said issues. We may have some brothers and sisters in Christ who seemingly have acquired a liberal and highly socialized modern mind and stance on the said issues, and that some of us may still be in quandary on whether or not to heed the Church teachings. And this is a case in point where our faith is being put to a test. As part of the congregation and a genuine member of the church, it is our duty to stand up, defend and respond to the said issues, in line with God’s commandments and the Church teachings. We can’t be “cafeteria” or “lifeless” Catholics who do not want to get involved. We have to have a stand. But, it may not also be prudent to pass judgment on a certain person’s unfortunate situation and whatever position he/she has taken, only God knows, right?

In conclusion, I wish and pray that during this pandemic, may God bless us all with a humble heart and a “common sense”, a common sense that is in accord to God’s will. May God remind and wake us up when we feel the symptoms of being wishy-washy in our faith, when we opt to embrace lukewarmness. May He replace our lukewarm wavering faith with true, brave and courageous one; and that He’ll set us aflame again with the fire of His love. Amen.