The first day of class after the Christmas break was something to look forward to. Just like me, the kids probably had a happy excited feeling about their post Christmas and New Year pageant, particularly those who were the main cast of the presentation. Before the play date, I was quite jittery, entertaining negative thoughts about classes being cancelled due to impending snow storms, and that  the play may no longer be pursued making us all frustrated. Anyway, I shunned the said negative tendencies and prepared myself for any eventualities.

Come the big day, 9th of January, thank you God it was a sunny day and no snow fall! I was surprised to see most of the kids already in the auditorium on time, as had been told. More amazing was that they were on their “something red” attire, i.e. red dress, red blouse, red tees, red shirts, red sweat shirts and cardigans. They made sure that they looked their best and I was just wide-eyed and fascinated at the looks of these young creatures!

Similar to any of the organizers, together with my colleagues, we made sure that everything was assembled before the play. The audience platform was starting to fill up and the parents were as anxious to see their kids being part of the show as they came in early too. As a matter of fact, they helped us arranged the seats for them. What a kind gesture from the parents!

We were doubly working hard to get everything in place, from stage production, logistics, costumes and the program agenda that made me forget  I would act as the emcee of the play. Noteworthy to mention were the Christmas lanterns made by the kids themselves and which were part of the stage decor. Said lanterns were patterned after my own lantern at home. Here, take a look: (photos in this post are properties of myusefultips.com and therefore not for reproduction by the readers) 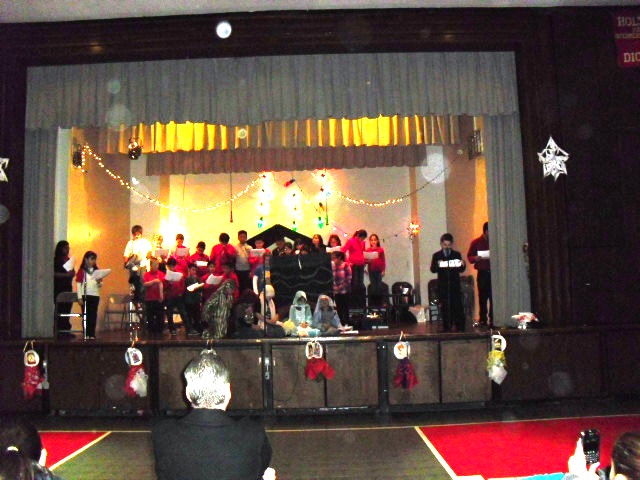 The presentation went well, as planned although there were some areas which could have been improved better. But you know, kids are kids, they are playful and not professional child actors and actresses. It was fun seeing them do their part from the main cast to the group chorus singing  “Glory to God” and “Yes, Yes Lord” in four languages (English, Spanish, German and Polish) with action, it  was just lovely!  The narrators of the play were awesome, the Virgin Mary did very well and of course Julius Caesar,  how can I forget him , even with a brief acting part, he made an impact on the audience! 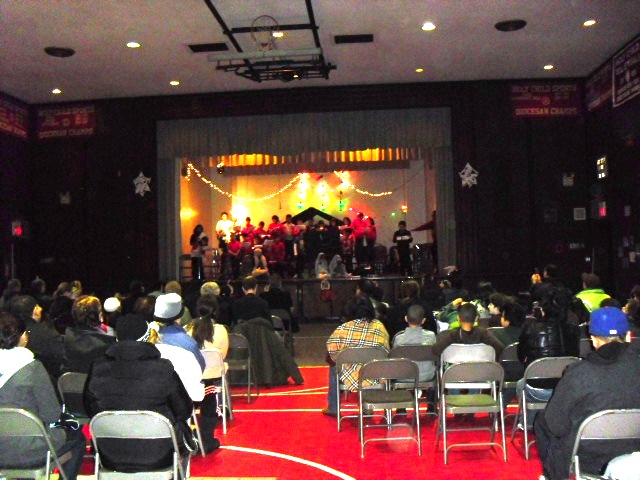 While it made me proud to see young people getting involved with the school’s activity, what the kids did, however, made the parents more proud of them. The parents liked the play to which we’re grateful! After the play, the kids were treated to munchkins dunkin donuts and fruit juice courtesy of my colleagues, so thoughtful of them to share with us.

In any form of teaching or sharing knowledge to anyone, particularly to young minds and hearts, I would say that visual presentations like a stage play through music or drama could be an effective medium of instruction. Christmas and New Year are just the perfect seasons to do this kind of activity. The message will be sent across easily and effectively, and the children would have a vivid memory about the play when they grow up. This is one great way to get the kids excited about God’s word, HIS humble beginnings and HIS love for us!