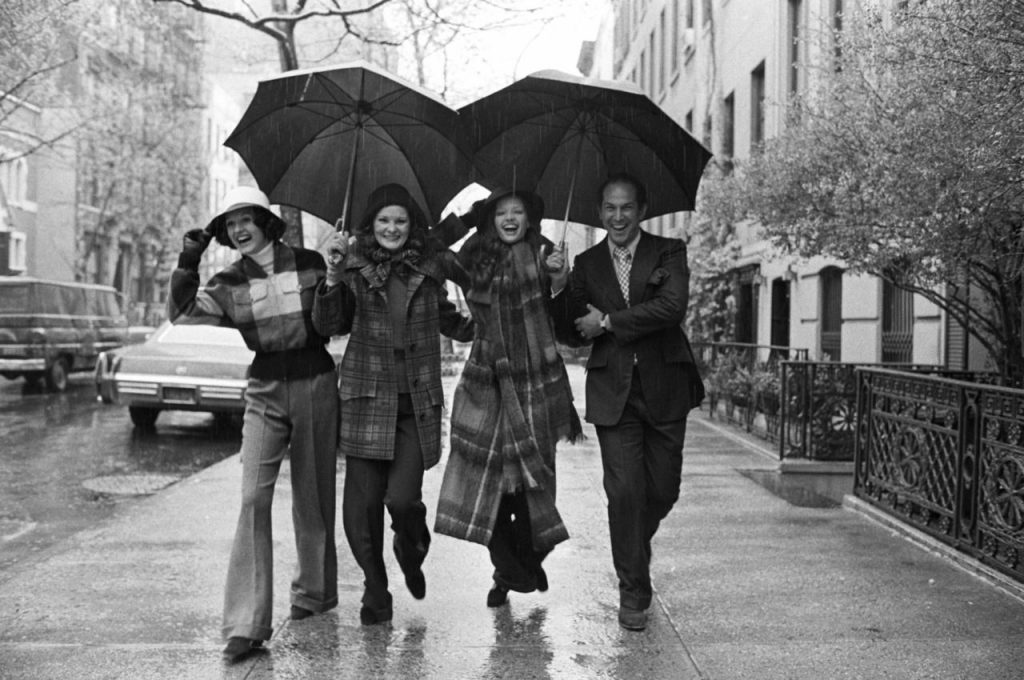 I just mentioned in my previous blog(Elegance Never Goes Out of Style) , re. Oscar de la Renta as one of the fashion giants in the world, and suddenly six days later,  news about his death (due to cancer after 82 years on earth) were flashed on TV. The fashion world mourned for the demise of one of its legendary fashion icons who was famous for his lavish haute couture creations worn by a diverse group of distinguished women (from Jacqueline Kennedy, Hillary Clinton to Michelle Obama) and Hollywood celebrities.

Frankly, I don’t own a dress designed by Mr. de la Renta simply because I am just a lowly person (not that moneyed actually!!!), hence couldn’t afford his dresses.  However, I have always admired all of his creations. I would love to have one for sure; but just looking at some of them is just enough for me. The choice of colors, designs, garments and embellishments were excellent.  He was truly a “master” (in the true sense of the word)  – one who had the passion to design and dress up  women the way they should be!

What is interesting about him is his being a true gentleman; likewise, he’s  one of the designers who rose up from the ranks.  With a little help from right connections, the right people in the industry, and having been trained by the equally artful masterful ideas and hands of Balenciaga, Lanvin and Elizabeth Arden, he successfully made it on his own.  From then on, he pursued his career on  clothes line utilizing his own exquisite taste, classy and elegant designs. In his heydays, he ventured himself into philanthropy and served as board members of various  charitable organizations both in the United States and Dominican Republic, his home country. He had served as president of the Council of Fashion Designers of America in the 70s and in the 90s, a rewarding achievement for and a dream of every fashion designer.

Mr. de la Renta was able to impart his knowledge and expertise to both his colleagues and newbies in business, specifically in the fashion industry.

Here are some of my favorites quotes of him:

“Elegance is a discipline of life.”

“It’s not about what you wear, but about how you live your life”

“A runway is spectacle. It’s only fashion when a woman puts it on. Being well dressed hasn’t much to do with having good clothes. It’s a question of good balance and good common sense.”

“The qualities I most admire in women are confidence and kindness.”

“Fashion is about dressing according to what’s fashionable. Style is more about being yourself.”

“Work hard. Believe in yourself. It’s not the publicity that sells the clothes, it’s the woman”

“Walk like you have three men walking behind you.”   ( Oh oooh, let’s look at the picture below….3 men are happily giggling while with a beautiful and influential lady wearing an Oscar de la Renta creation!

Aren’t all of these quotes inspiring?

As indicated in his bio, Oscar de la Renta had raised adopted children with his two wives: the first wife who served as editor-in-chief of French Vogue died because of lingering illness and the second one is a philanthropist and a socialite.

Normally, we see professional and ambitious men in corporate boardrooms showing off their technical skills and all but with Mr. de la Renta, he was busy sharing his talent and design skills in an industry where men would hesitate to venture into. While he may not have been able to offer his creations  to everyone, Mr. de la Renta definitely brought beauty to this world. He was an epitome of class and grace, in short, he was what we may call “elegance personified”!

Truly, he was not just the Sultan (as was often described by his colleagues and clients) but the King of Suave!  May you rest in peace!

Thanks to Vogue for sharing some of these photos below (ctto):