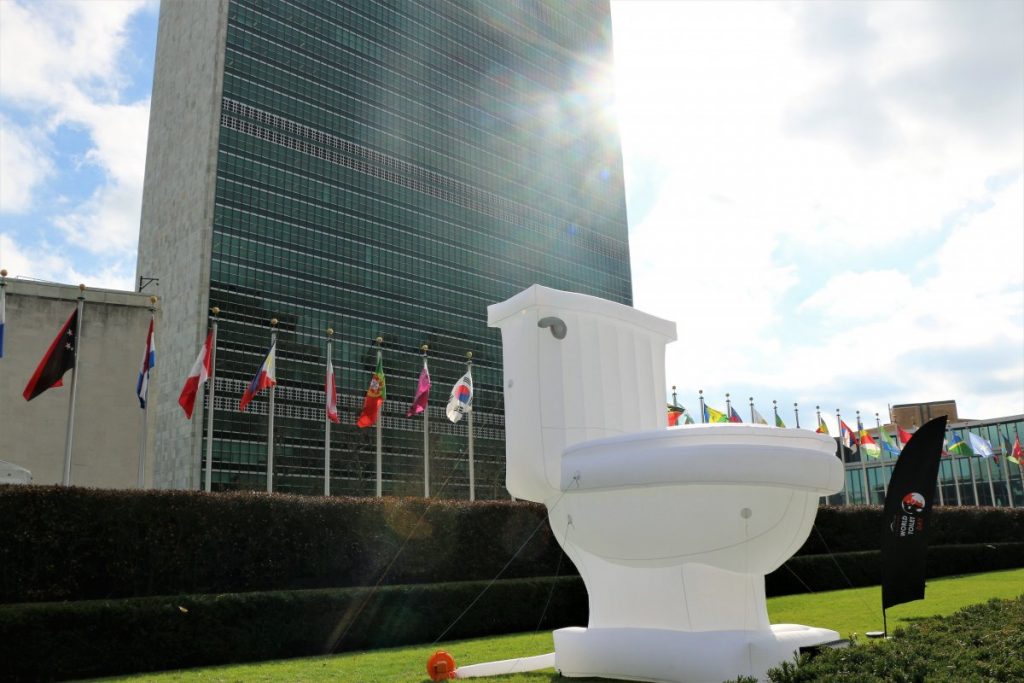 Having a Decent “john”: A Human Right?

Did you know that there is one particular day in our calendars devoted for our “Johns” throughout the world? Ooh, I’m not speaking about the male species or the men in this world, but rather this sanitary thing or hardware placed in a particular space in our homes which is essential for hygiene and sanitation and eventually for everyone’s well-being. And I am referring to our comfort rooms and toilets! Yes indeed, there is a day dedicated for the celebration of our toilets, and that is the World Toilet Day! May be amusing, but rightfully so! This national (every 19th of November) yearly observance has been going on since 2013 and it is being spearheaded by the United Nations (UN).

One of the Sustainable Development Goals (SDG) formulated by the UN and its participating member economies is Goal No. 6 which is to achieve water and sanitation for all by 2030. One of its sub-goals (6.2) is for Governments to ensure safe toilets for all by 2030. Unfortunately, some of the world leaders may not be able to meet said targets of delivering SDG No.6.2 to their citizenry, particularly those in less developed and developing countries as hundreds of millions of people all over the world still defecate in the open and more than a billion people still have no access to basic sanitation services.

With the right mindset (political will and determination), however, government leaders can resolve this problem. Without a doubt, they can meet the target, 8 years from now, to ensure that each family will have their toilet in their own homes. Note that similar advocacies in the past meant to uplift the lives of the poor with no concrete action often turn out to be nothing but empty rhetoric. We need more of us to advocate and push for this to make it happen. On a serious note, it is our responsibility, the least we can do, to remind and urge our government leaders of their duties and to implement needed policies, one of which is to deliver the basic needs (among others, access to sanitation and toilets) to the people particularly those marginalized and the disadvantaged.

The industrialized and developed economies and privileged families in developing and less developed nations can readily afford to have access to proper sanitation and have a decent and hygienic toilet or even more than one toilet in their homes. Good for them! But how about the roughly 3.6 billion people who are still living with poor and sub-standard quality toilet? How can they access this basic need and exercise their fundamental right? Yup, the UN General Assembly has declared sanitation as a universal right in 2015, and that includes the right to have a toilet. As UN stated, proper toilets can be the difference between life and death, poverty and prosperity. “It’s a life-saver, dignity-protector and opportunity-maker”.

The primary objective of World Toilet Day, apart from celebrating toilets all over the globe, is to raise awareness of the billions of people living without access to safe sanitation and to tackle the global sanitation crisis and achieve SDGoal 6. For World Toilet Day 2022, the campaign is tagged as ‘Making the invisible visible’, which focuses on the “impact of the sanitation crisis on groundwater, exploring how inadequate sanitation systems spread human waste into rivers, lakes and soil, polluting underground water resources”.

Note that based on WHO’s current available data, 673 million still practice open defecation while about three billion lack basic handwashing facilities. This inadequate sanitation is estimated to cause hundreds of thousands of diarrheal deaths every year. In the Philippines, there are millions of Filipinos who have no toilets and still defecate in the open (in fields, forests, bushes, bodies of water and other open spaces) and about 3 million of them are situated in Metro Manila.

In view of this, how can we help address the problem and continue to improve sanitation, at least in our households for a start. For those who have toilets at home, the usual basic protocol is to wash hands with soap and water before eating and after using the toilet, and of course to flush and clean the toilet. This will in a way prevent us from getting infections and diseases due to unhealthy practices. Everything starts at home, y’all know that! And so, when at school or at work, or when you go to malls and other public places, and you need to use a toilet, make sure to practice what you already know about this basic health procedure.

For the needs of those who are living in slums and in remote areas and communities: a) concerned government leaders/officials are encouraged to allocate budget for this basic need, specifically the construction of toilets; and, 2) lawmakers should pass a budget that includes the said purpose (instead of allocating budget funds for intelligence purposes especially for non-security agencies such as DepEd and the like) due to adverse impact of poor sanitation and lack of toilet facilities on people’s health, specifically the children. These people have the right to access sanitation and to flushing operating toilets.

Happy World Toilet Day to you all! Ooops, got to go to the “john” first!!!

ctto ( UN) for the featured photo. This giant inflatable toilet icon on the front lawn of the UN headquarters in New York came back after a 3-year absence due to COVID-related restrictions, for the World Toilet Day celebration!