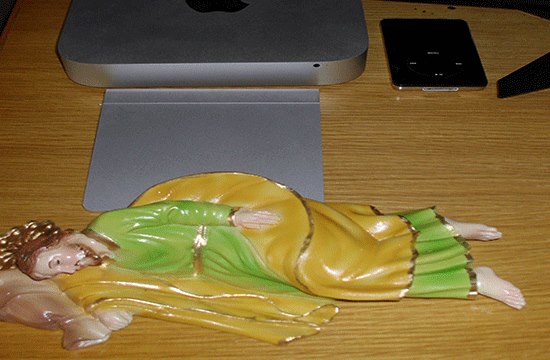 The Go-To Saint For Mr. Right

The month of March is referred to as the month of St. Joseph (although St. Patrick’s Day is also being celebrated in March especially in US and Ireland) because of his feast day which falls on March 19th.

St. Joseph is the foster father of Jesus Christ and the husband of the Blessed Virgin Mary. Because of his pure love, fidelity, fortitude, and obedience, St. Joseph has earned  many wonderful titles. He is considered as the Patron of the Catholic Church, Families, Workers, Virgins, Exiles, and is likewise being invoked for a happy and holy death. But most importantly, St. Joseph is also the patron saint for those who are searching for “Mr. Right”!

Every woman prefers, as much as possible, a partner in life with God-given qualities like that of St. Joseph: righteous, loving, caring, responsible, loyal, dependable, a man of faith and great compassion for everyone, and so on and so forth. Who wouldn’t want to?

But St. Joseph is unique. He was chosen and destined to be the father of the Son of God here on earth. He was blessed to have this privilege among men. As such, the search for a St. Joseph type of man may not be easy. Sure, there are still good real men, 1 out of 10 or 100 perhaps, but rare to find. You’re lucky if you find one these days! Some of the good men could be in a relationship and committed to someone else or are happily married already. But it’s still possible. One time a friend of mine told me she’s looking for a man who’ll stick with her through thick and thin, I advised her to pray to St. Joseph to help her find a man of her dreams! With a two failed relationships, she responded jokingly that good real men nowadays are becoming extinct! Well, I couldn’t absolutely argue and blame her for that, after what she’d gone through. Much as we would like to have perfect partners in life (hey perfection is possible), the reality is that it would be too fairy tale- like. As my friend stated, there’s no such thing as perfect partners or even perfect marriages. Perhaps, the quest may be too ambitious, I told her however that there’s a possibility to encounter a good match for her marriage life. And the prayer to St. Joseph would help her to make it happen.

St. Teresa of Avila is a devotee to St. Joseph. According to her: “I do not remember that I have ever asked anything of him which he has failed to grant”. Similarly, Pope Francis also prays to the sleeping St. Joseph ! The Holy Father likes St. Joseph very much and described him as a strong man of silence. He believes that St. Joseph is looking after the Church even if he’s sleeping!

There are so many testimonies about answered prayers from St. Joseph. In my case, I always say a short prayer to him. As a matter of fact, I have prayed for a “Mr. Right” and I’m so grateful he helped me find one. I consider it as one of God’s wondrous blessings. You see, there is value and importance in waiting, praying and hoping that a good man will come into our lives. It has been proven that St. Joseph indeed helps those who seek his intercession. So, go to St. Joseph and he’ll surely help you find “Mr. Right”!